The Three Weeks: Through the Eyes of a Child 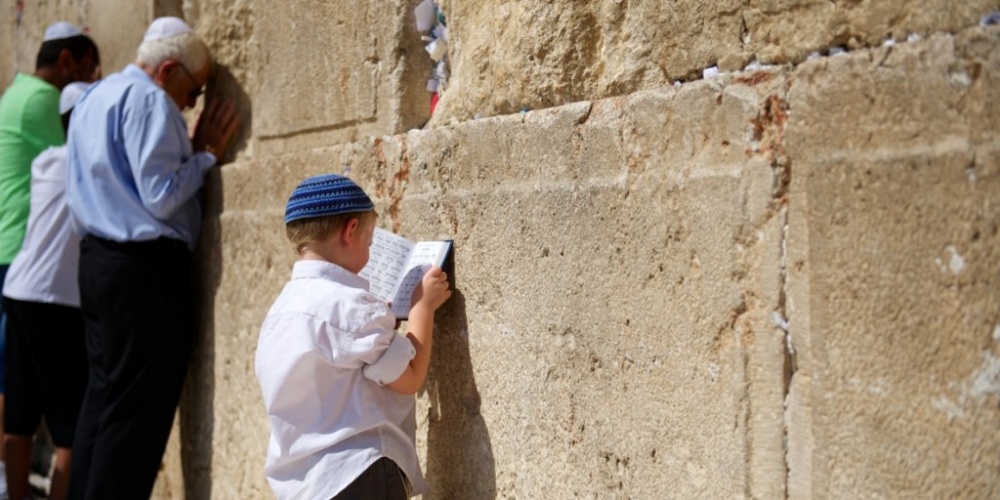 With the destruction of the Temple and the Babylonian exile, the period of prophecy came to an end. "Only fools and children continue to prophesize", the Talmud (Bava Batra 12b) declares. While the link between modern-day prophets and fools is quite obvious, it is much less so vis a vis children. Why were children singled out as ones who believe that prophecy is relevant today?

Children are pure, naïve, and innocent. They have yet to be corrupted by the lies and dishonesty that are so prevalent in our world. The fact that many children today "grow up" so rapidly says nothing about their own needs and wants; but it says a good deal about the type of society we have created. Our Sages (Shabbat 119b) assert that it is the Torah emanating from the mouths of children that guarantees the existence of the world, Torah that has not been tainted by politics, gossip, hypocrisy, and the like.

Children tend to see the world in black and white, and are usually brutally honest and consistent. What children lack in sophistication they make up for in sincerity. We all know how embarrassing it can be for adults when a child innocently talks about his or her family. If not for the fact that we expect children to "mature" and learn how the world "truly" operates, we might be tempted to silence our children. How sad!

These are the traits of a prophet. Communicating the word of G-d, their pronouncements are pure Torah, plain and simple. They are freed from the many factors that, in our imperfect world, oftentimes affect our own decision-making process. Their brutally honest message is often painful to hear; many a prophet tried to avoid transmitting it. Serving as the conscience of the Jewish people is a thankless job, and it is not surprising that prophets were amongst the least popular of people. It is understandable that the Torah had to have a separate command demanding that prophets publicly express the Divine message. Apparently, without such a command, many would have kept the prophecy to themselves.

Perhaps there is a further connection between children and prophets; the ability to dream of a better tomorrow. For all the often-harsh words of our courageous prophets, their message always ends with words of comfort. They have confidence in the people's ability to achieve greatness, to change for the better, to turn their swords into plowshares. Thankfully, youth - and we must attempt to be youthful even as we age - comes with idealism, activism, and great dreams.

Our Sages (Megillah 14a) teach that there were thousands of prophets; however, only those 55 who carry an eternally relevant message had their words recorded for posterity. So while only fools predict the future, it would be extremely foolhardy to ignore the message of the prophets who offer guidance most relevant today. We may not know what will happen, but we have a pretty good idea of what we must do.

As we start the period of the three weeks, we focus on the misfortune and tragedies affecting the land of Israel; tragedies of thousands of years ago, but more importantly, those happening right now. Yishayahu told us some 2,600 years ago that "Zion will be redeemed through justice and righteousness". It behooves those who yearn for the redemption of Zion to focus on these values. We can then hope and pray that we will merit the day "when men will learn war no more".