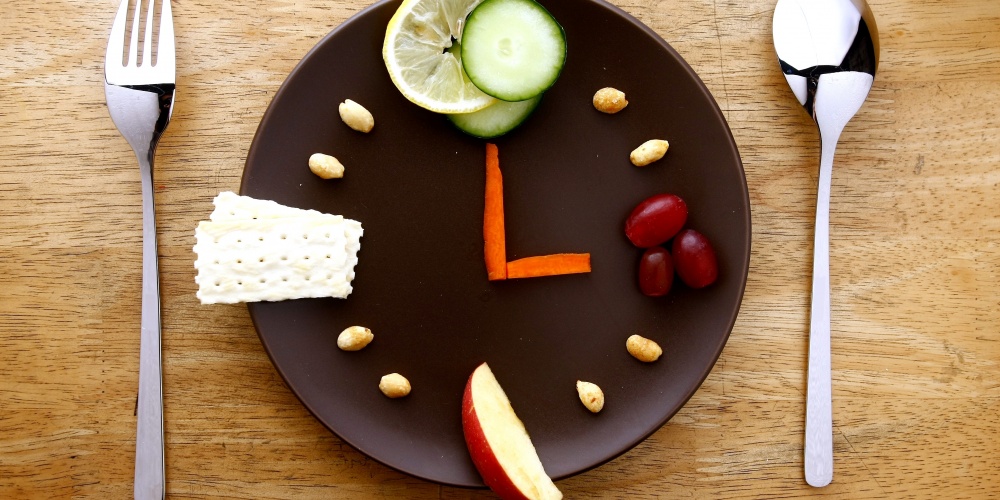 One of the requirements of a sukkah is that it be a dirat arai, a temporary dwelling. A permanent structure would be a bayit, a home, rather than a sukkah. In a clever play on words, the Mishna (Sukkah 25a) teaches that ochlim v’shotim, one may eat and drink, arai, “[while] temporarily” chutz lesuka, outside the sukkah.

This is one of many examples in the Mishna of the usage of literary techniques even at the expense of clarity. Had the Mishna wanted to teach that one may eat snacks outside of the sukkah, it could have said one can eat mini targeimah, which is a much clearer formulation and one used regarding erev Pesach. The Mishna (Pesachim 10:1) rules that one may not eat on erev Pesach afternoon so that one will have a hearty appetite at the seder. However, the Gemara (Pesachim 107b) qualifies that ruling, noting it does not apply to mini targeimah, snacks.

Eating acheelat arai outside of the sukkah, could be interpreted to mean that one may eat the occasional meal—bread, wine and the like—outside of the sukkah. One must make one’s sukkah one’s home for seven days, but just as one does not eat every meal at home, one could argue that there is no need to eat every meal in the sukkah. This interpretation would fit well with the Mishna (Sukkah 27a) where the Sages rule that one is only actually required to eat one meal in the sukkah, that of the first night of Sukkot, paralleling Pesach, where one is required to eat matzah only on the night of the seder.

While theoretically a cogent explanation of arai, the above is not how our Sages understood the mitzvah to eat in a sukkah. Arai as formulated by the Sages does not mean that one can occasionally eat outside the sukkah, but rather refers to the nature of the meal. One may eat a snack to quench hunger, a temporary stop-gap measure until one sits down—in a sukkah—for a seudat kevah, a “permanent” meal, what we might call supper.

While the Mishna allows one to snack outside the sukkah, the Mishna continues by relating that when Rabban Gamliel was offered two dates and some water, which may not even qualify as a snack, and when Rav Yochanan ben Zakai was offered some undefined and presumably small dish of food, they said, “Bring the food to the sukkah” (Sukkah 26b).

The Gemara is perplexed, wondering if these incidents are recorded in order to teach that, in actual fact, one is not allowed to eat even small amounts of food outside a sukkah and thus we do not follow the opening ruling of the Mishna. If one must eat in a sukkah, that means one must eat in a sukkah, not that one should eat only big meals in a sukkah. We do not allow one to eat a little bit before kiddush or nibble on a fast day, and perhaps eating outside a sukkah is no different.

The Talmud rejects such an inference. While we treat a sukkah more stringently than a home—one does eat the occasional hearty meal outside of one’s house, something we do not allow on Sukkot—there is no need to fast when one leaves the sukkah. That would be many steps too far, and would surely make the mitzvah of simchat Yom Tov, rejoicing on the festival, a difficult (if not impossible) mitzvah to fulfil.

Since one is allowed to snack outside the sukkah, the behaviour of Rav Yochanan ben Zakai and Rabban Gamliel was an act of extra piety. The Mishna records their behaviour not because we need emulate it, but rather to teach that what they did was acceptable and was not a violation of Jewish law.

While there is a place for stringency in Jewish law, it is a small space, with forbidden stringencies perhaps occupying an even larger space. This is due to the much-neglected concept of yuhara, religious arrogance and one-upmanship. Just as the Rambam rules (Hilchot Teshuva 2:5) that it is forbidden to publicize our sins in the area of man to G-d, we are not to publicize our acts of extra piety; that, too, is something between you and your Creator[1]. Hence the ruling of the Mishna (Brachot 2:5) that one may not recite the shema on one’s wedding night. To do so would give the impression that one can actually focus on the shema, something that normal people cannot (and even should not) do[2]. Only those whose humility exceeds their well-earned and known piety are lauded for observing extra stringency, such as Rav Yochanan ben Zakai and Rabban Gamliel.

And lo and behold, the Mishna records that Rabban Gamliel actually did say shema on his wedding night. His students questioned this seemingly arrogant behaviour, to which he responded, “I will not listen to you and go even one hour without accepting the kingship of G-d” (Brachot 16a). While for his students, such an approach would be the height of yuhara, it was the plain, simple truth for Rabban Gamliel.

Yet regarding a sukkah, the Gemara explains that even for the common person, there is no issue of yuhara, and it is perfectly acceptable, even laudable, to insist on eating the smallest of snacks or even drinking water only in the sukkah. The question left unexplained by the Gemara is, why? Why is a sukkah different than wearing tefillin all day—perhaps even wearing one’s tzitzit out—or standing for kriat haTorah when the rabbi of the shul is sitting, to list some examples of yuhara?

The primary problem with yuhara is that of showing off, displaying one’s religiosity to others, instead of focusing on G-d. When one is in the privacy of one’s home, these concerns dissipate. While it might be showy to be the last to finish the amidah in shul, when at home, one can daven as slowly as one would like. Eating is something we primarily do in the privacy of our home[3], away from others. Taking that cup of water to the sukkah when no one is watching will get one no accolades; it is a display of heightened religiosity, known only to one’s family and G-d.

The examples of yuhara cited above all take place in public, and thus may be a display of arrogance and not extra piety. And even if it truly is due to piety, it still has the appearance of religious arrogance, even if that’s not the case. Perception matters.

It is for this reason that the term most often used to forbid such activities is mechzi k’yuhara, it looks like yuhara. Even if it really isn’t a display of yuhara, if others might interpret it that way, it becomes forbidden.

While Rabban Gamliel and Rav Yochanan ben Zakai were strict regarding a sukkah, this need not be a model for us. The Mishna continues, recounting how Rabbi Tzadok, given a small amount of bread, ate it outside of the sukkah. It may not be yuhara to insist on drinking water only in the sukkah, but it is also perfectly legitimate to snack outside the sukkah. And lest one think that Rabbi Tzadok was rather lenient in these matters, this is the same Rabbi Tzadok who fasted for 40 years—yes, 40 years!—in a bid to arouse G-d’s mercy and spare the nation from exile and destruction[4]. Surely, it would have been quite easy for him to insist on eating in a sukkah, yet he deemed such unnecessary.

There are times to be lenient and times to be strict. To paraphrase our Sages, “Whether one is strict or one is lenient [these are of equal merit] provided one directs his heart towards heaven”.

[1] When it comes to mitzvot between man and man, one should publicize one’s sins as an act of teshuva; and presumably one’s acts of interpersonal piety are also worthy of publicity, serving to inspire others.

[2] In an insightful ruling, the Tosafists (Brachot 17b s.v. Rav Shisha) note that since nowadays, most people have little focus when they daven in general, a groom is now obligated to recite the shema on his wedding night. To skip it would be a display of yuhara, as it would imply that if not for getting married, one would have the proper focus. This is sad, true, and comforting, all at the same time.

[3] In Talmudic times, the idea of eating in the street was deemed unacceptable such that one who did so was compared to a dog. Presumably, there could be an issue of yuhara when refusing to eat and drink outside of a sukkah when in public.

[4] And after asking Vespasian to grant him Yavneh and its scholars, this same Rav Yochanan ben Zakai, asked for a doctor to heal Rav Tzadok.