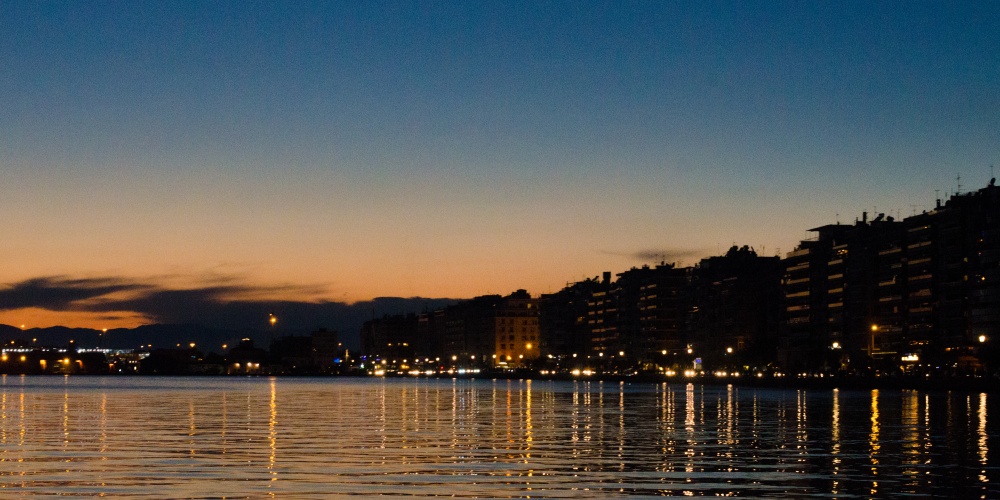 As one enters the beautiful Yad Lezikaron shul in Salonica, one notices plaques on the wall. But unlike in most shuls, these are not yahrzeit plaques—or, as we have seen elsewhere in Greece, names of victims of the Holocaust. These plaques list names and dates of the shuls established in Salonika over the last 2,000 years. The first name on the list is Ets haChaim, established in the first century.

After the expulsion from Spain in 1492—when approximately 20,000 exiles settled in Greece—Salonica became a major centre of Jewish life, a position it held until World War II[1]. Shuls established in Salonica soon after 1492 included Kastila 1492-3, Aragon 1492-3, Lisbon 1510, and Portugal 1525. That many Jews came to Salonica from other places is revealed by the names of some of the other shuls: Sicilia Yashan in 1497, Sicilia Hadash in 1562, Italia Chadash in 1582, and Italia Sheni in 1606.

Some of the great rabbinic figures who lived in Salonica in the 16th century include Shlomo Alkabetz, most famous as the author of Lecha Dodi, and Yaakov Ibn Chabib, the author of the Ein Yaakov. This sefer, a collection of the Aggadic passages found in Talmudic literature, was extremely popular (much more so than the Talmud itself[2]) and was the basis for many learning groups for hundreds of years. Alkabetz was born in Salonica, married locally and then moved to Safed, while Ibn Chabib was a Spanish exile who moved to Salonica. His son, Levi Ibn Chabib, completed the Ein Yaakov after his father’s death and subsequently moved to Israel. Levi Ibn Chabib is historically most significant for leading—and winning—the battle against the reinstitution of semicha, opposing Rabbi Yakov Berav's attempt at revival of the ancient semicha[3].

One of the seven outstanding rabbis given the reconstituted semicha was the Mabit, Rabbi Moshe di Trani. He was born in Salonica, moved to Safed at the age of 16, and served as chief rabbi of that great rabbinic city from 1525-1580. Later, he moved to Jerusalem and died there soon thereafter. His frequent halachic disputant, Rav Yosef Karo—author of the Shulchan Aruch and another of those who received semicha spent time in Salonica before moving to Israel.

However, it was not only the great rabbis who spent time in Salonica. Salonica was also ground zero in the Sabbatean fiasco. Born in Izmir, Turkey, Shabbetai Tzvi arrived in Salonica in 1657 and soon thereafter declared himself the Mashiach (he had done so unsuccessfully in Turkey and been forced to leave). He was not the first to claim the mantle of Mashiach, but he was the first to have thousands, perhaps the majority of the Jewish people—including many, many rabbis—believing his claims. Space limitations do not allow a full treatment of one of the major events of our timeline, one that changed the course of Jewish history[4].

We must recall that he was operating in the aftermath of the expulsion from the Iberian Penisula and the then-recent tragedy of the Chmielnicki massacres of 1648-9, in which approximately 100,000 Jews were killed, one-third of Polish Lithuanian Jewry. This was the largest massacre of Jews since the destruction of the Temple until the Holocaust. It is in times of tragedy that messianic fervour can easily spread. Coupled as it was with the rise of kabbalah, and led by this very charismatic rabbinic figure, this massive following is not as unbelievable as it first appears. Even after Shabbetai Tzvi converted to Islam in 1666, thousands remained believers, offering theological explanations as to why he had to convert. It took some 150 years until the controversy died down and today, his followers—yes, he still has some—number approximately 5,000.

The Jewish community of Salonica flourished from the 17th centiury through the early part of the 20th century. Throughout much of this time, close to half the population of the city was Jewish—the highest percentage of Jews of any major diaspora city of our 2,000 year exile. The Jewish integration into economic life was so profound that much of the city closed down on Shabbat. The ports of Salonica, a major economic driver of the city, closed early on Fridays and reopened only on Sunday, the only port in the world to do so, as so many of the workers were shomer Shabbat. For similar reasons, the post office was closed on Shabbat.

It was Greek immigrants to Israel who played a major role in establishing Haifa and Tel Aviv as major Jewish ports. In the early 20th century, two future chief rabbis of Israel lived in Salonica. One was Rabbi Yaakov Meir, who was the Rishon leTzion in the pre-state area during much of the time that Rav Abraham Isaac Kook was the Ashkenazic chief rabbi[5]. Also serving as rabbi here was Rabbi Ben-Zion Meir Chai Uziel, later to become the first Sephardic chief rabbi of the State of Israel. Today, he is possibly best known for his more lenient approach to conversion. Were his approach to be adopted, most of the conversion crises we face today could be solved. The first Ashkenazic chief rabbi of the State of Israel, Rav Isaac Halevi Herzog, was offered a job in Salonica as chief rabbi. Turning it down saved his life.

[1] Turkey conquered Greece in 1453, and the Ottoman Empire warmly welcomed the Jews. With many Spanish exiles settling in Turkey proper, more Jews lived in the Ottoman Empire in the 16th century than anywhere else in the world. Amsterdam was another beneficiary of an influx of Jewish refugees and it, too, became an important Jewish centre.

[2] As I have often noted, the Talmud was written by rabbis for rabbis, and was never intended for the masses. It is only since World War II that all are expected to learn Talmud, and it is not surprising that many of those for whom Talmud was never intended in the first place are turned off by it. It is not without reason that some very prominent rabbis opposed Talmudic translations, including ArtScroll.

[3] The “semicha” we have today is little more than a teaching certificate attesting to some degree of knowledge. The real semicha would allow the reconstitution of the Sanhedrin and the ability to continue the Talmudic process of interpreting Jewish law, repealing aspects when necessary and issuing new ordinances. It would also allow a court to hear criminal cases, and give  capital punishment or lashes. It was this latter feature that was a major impetus for the reinstitution of semicha, as many of the returning Marranos wanted to receive lashes as part of their penance.

[4] The classic treatment of the topic is Gershon Scholem’s Sabbatai Sevi: The Mystical Messiah. There has been further scholarship since Scholem’s groundbreaking research.

[5] Hakol talui bemazal. Living under the shadow of Rav Kook, Rabbi Meir is not very well known, a phenomenon that often afflicts those who may be great but are “second best”.