Reflections on a Yahrzeit 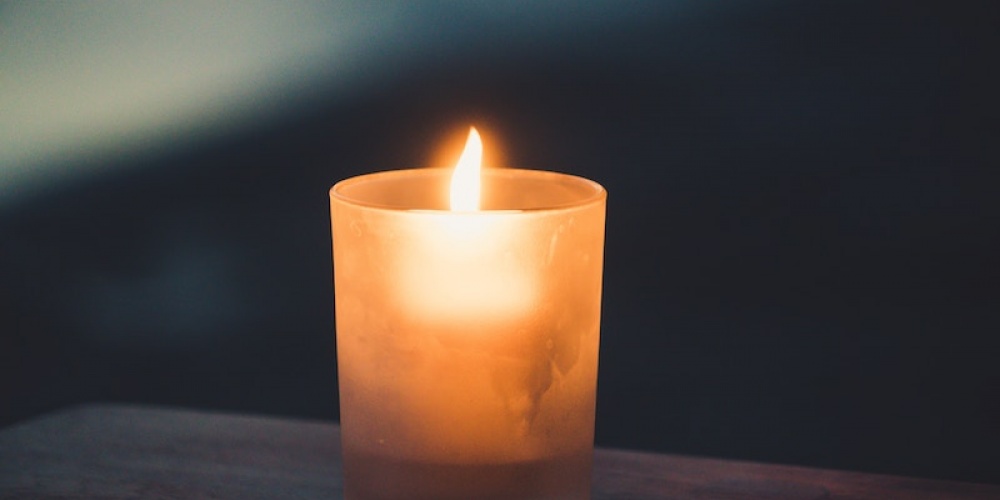 The thought below is written in honour my father z”l, Rabbi Joseph Kelman, Rav Chaim Yosef ben Harav Tzvi Yehudah z”l, whose yahrzeit we observed today. May we be blessed with good health and long life.

There is a well-known custom to study Mishnayot in memory of the departed, both for the sheloshim, and for a yahrzeit. The reason for this custom is also quite well known; the letters of mishna can be rearranged to spell neshama, the soul. The learning of Mishna in addition to its intrinsic value helps to elevate the soul of the departed.

As nice as this explanation may be I would suggest that there is a much deeper connection between mishna and neshama than the sharing of similar letters. The Mishna is the written summary of the Oral Law and according to Torah law (Gittin 60b) was not allowed to be put into writing. The Oral Law was to be passed down orally from teacher to student – and parents are one’s primary teachers -  connecting one generation to the next.  The Jewish people were not meant to be the people of the book. An oral tradition is vibrant, dynamic and interactive. While the written word may be interpreted, book learning is rigid, unchanging and lacks a personal touch.

The Divine word of G-d as recorded in the Torah must, like G-d Himself, be fixed and unchanging. Only indirectly can one have a relationship with G-d. But the human application of G-d’s word to the world around us requires flexibility, analysis, judgment and fine distinctions; it requires using all our human faculties to properly interpret the Torah for our given circumstances. No manual can explain that and we dare not seek solutions from the writings of the deceased. While they can and must offer guidance we must turn “to the judge who will be in your days”. This requires an “internship”, a deep relationship between student and teacher, involving discussion, dialogue and debate. Our Sages teach, “The service of the Torah [scholars] is greater than the study thereof” (Brachot 7b). And one can only serve those who are living.

Alas, with the destruction of the Temple and exile of the people such was no longer possible. Rebbe Yehuda Hanasi took the fateful but necessary decision to record the oral teaching in writing, ushering in a new era of Torah study[1]. A project born in tragedy but one that would give the Jewish people hope at a time of great vulnerability. What is true on a national scale is true on a personal one as well. With the loss of a parent the living link between the generations is lost. We can record their teachings, study their words, but the living link is no longer. Learning Mishna expresses our belief in the eternity of the Jewish people, who continue to fulfil G-d’s will despite the circumstances life may bring, and in the eternity of the soul. It reaffirms our belief that life continues after death and that one day we will be reunited. Learning Mishna reinforces the message that those who preceded us will continue to guide future generations here on earth; that they and we are links in the chain of this great nation.

Last week as our family came together to study Mishna in observance of my mother’s z”l yahrzeit, my nephew Daniel quoted Rav Soloveitchik’s beautiful analysis of how we are to remember the Temple. On the one hand we have many practices zecher lechurban, to remember the destruction, from putting ashes on the head of a groom, to the customs of the nine days and Tisha Bav itself. We mourn and lament our loss. At the same time we have many practices zecher lemikdash, to remember the glory of the Temple. We do not mourn but rather we celebrate what was and will be[2]. We take the lulav for seven days and celebrate because that is what was done in the Temple. We wash our hands before a meal as the kohanim did in the Temple, converting our tables into an altar. The Temple may be no longer but the Jewish people prepare to return, a process that we have merited to witness.

The passing away of a parent can be classified as a zecher lechurban. We cry, mourn and lament. But as time marches on and as we commemorate yahrzeits we transition into zecher lemikdash. We celebrate children, grandchildren and great-grandchildren following in their ways; we take pride and try to emulate the good they contributed to the world, the example they set for their communities. A mourner may not study Mishna; it gladdens the heart, something inappropriate during mourning. But on a yahrzeit, we sing as we study Mishna, reminding ourselves that “dry bones” will come back to life. Study of Mishna has become a great joy.

Perhaps this is the basis for the Chassidic custom to celebrate a yahrzeit. Instead of fasting as recommended by the Shulchan Aruch, Chassidim -and this practice has been almost universally accepted – make a kiddush. That one generation goes and another comes is the natural way of the world and while we mourn those departed we celebrate the legacy they left for us and acknowledge  –  as per the subtitle of Maurice Lamms’ classic, The Jewish Way in Death and Mourning – that ‘death is the night between two days’.

The Talmud in very vivid fashion illuminates this point. “Rav Yochanan in the name of Rav Shimon bar Yochai said: Any Torah scholar in whose name a teaching is recorded, his lips move in the grave” (Yevamot 97a). Torah links those living in body and soul and those living in soul only, linking the temporal to the eternal.

In that vein I would like to share one thought my father z”l used to teach often, especially in a shiva home. “Ben Zoma says…Who is wealthy? Hasameach bchelko, one who is happy with his lot”. My father z”l noted that the word chelko can be interpreted to mean “his i.e. the other person’s wealth. My wealth is chelki, chelko is my neighbours wealth. All too often we judge ourselves in relation to others. One is often happy with what one has – as long as their neighbour does not have more. But once the other has more, that same financial situation is all of a sudden no longer satisfactory[3]. How tragic. The truly wealthy and happy person is one who can rejoice in the wealth of others. May we be blessed with much happiness.

[2]  It was none other than Rav Yochanan ben Zackai who witnessed the destruction who initiated many of these practices.

[3] This is how an athlete who makes 10 million dollars year can demand to have his contract renegotiated once some other player signs for 12 million.