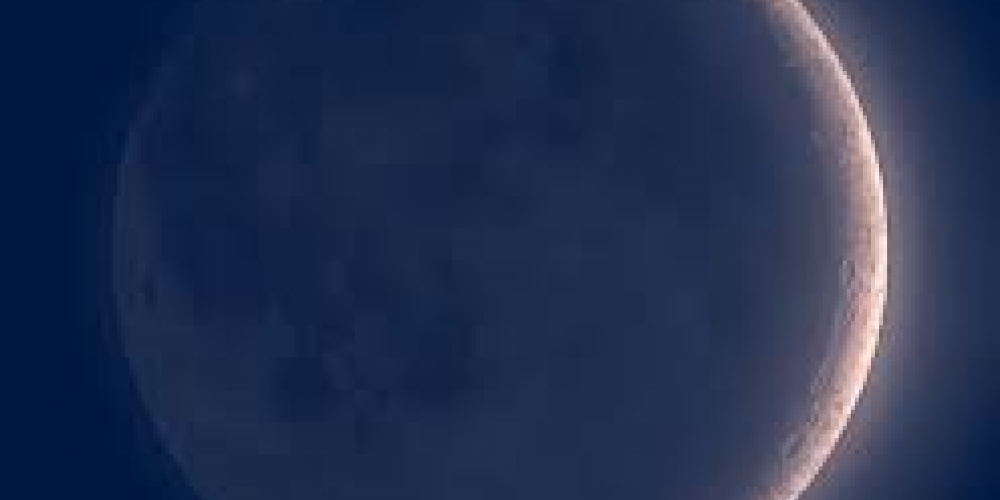 Our rabbis derived from the above verse that we must fix our calendar so that Pesach always falls in the spring. Our holidays celebrate both momentous events in Jewish history and the blessing of agriculture, acknowledging that the G-d of Creation and the G-d of History are one—a point many in the ancient world did not accept. As a spring holiday, Pesach marks the beginning of the barley harvest; and we acknowledge G-d’s role in that harvest by bringing the korban haomer on the first day of chol hamoed. Only at that point may the grain grown during the past year be eaten.

What is striking about this verse is that no actual date is given when we must celebrate Pesach, i.e., bring the korban pesach. The simple reading of the text indicates that it may be brought any time during the month of the spring that G-d took us out of Egypt. As the Torah links the eating of matzah to the bringing of the korban pesach, saying, “You shall not eat anything leavened with it, for seven days thereafter you shall eat unleavened bread” (Devarim 16:3), the same would seem to hold true for matzah.

For reasons that are unclear, the specific day of the Exodus is no longer considered important, but the month[1]—specifically the month of the spring—is significant. While it is a little unusual, we can understand that the month the Jewish people became a nation—the month the Jewish people taught the world how freedom can defeat tyranny—is a month worthy of celebration. Momentous occasions are not to be confined to one day.

Yet what are we to make of the emphasis the Torah places on the night? While the date of the Exodus is seemingly unimportant, the time of the day when it took place is. Moreover, the Torah, in various places (for example, Shemot, 12:41), is very clear that we left Egypt during the day, not at night.

Symbolically, spring is the time of rebirth, hope, optimism and renewal, all themes connected to the Exodus. And the first mitzvah given to the Jewish people—just as we were about to leave Egypt—was to sanctify our months on the basis of the moon cycle. A lunar month represents renewal and return, a concept embedded in the name for month, chodesh.

Yet at the same time a (lunar) month is also a symbol of darkness. The moon offers no illumination of its own, reflecting the light of the daytime sun. Night is the symbol of fear and trepidation, of great uncertainty. And Egypt was a very dark place; according to the Midrash, no one ever managed to leave Egypt. It swallowed up its inhabitants; they were never to be seen again[2].

Yet as frightening as the darkness of night may be, day always follows night. We sanctify the moon precisely because even when it cannot be seen, it is still there, waiting for the right moment to burst forth.

Pesach marked the first flowering of our redemption. But 3,500 years later, the redemption is not yet complete (though it is more complete now than ever). There have been many wonderful moments and astounding achievements over these long years. The world is so much better off because of the contributions of the Jewish people.

But there have been too many periods of night, when we were unsure when, and perhaps even if, day would come. We are to celebrate the seder—eating the korban pesach, the symbol of redemption— specifically at night. It may be dark, but light is sure to follow. It may look barren during the long winter, but come spring, the seeds buried in the ground begin to emerge. In the blink of an eye there is growth, life, and vibrancy.

The Netziv explains that Pesach as described in our parsha is referring to Pesach during the exile. This is the only place in the Torah where matzah is referred to as lechem oni, the bread of affliction. When the exile ends and we actually bring the korban pesach, matzah will be no more than a side dish to be eaten with the lamb chops. But take away the korban pesach, the miracles, the complete Divine protection, the fearlessness of the Jewish people in asserting their beliefs against the dominant culture, and the matzah is not the same. It is the poor man’s bread of affliction.

Yet throughout the many years of exile the Jewish people have faithfully celebrated Pesach, knowing that day follows night. It is our faith in the coming day that gives us strength during the night. While we may have physically left Egypt during the day, it was our faith through the night that ensured the survival of the Jewish people.

May we merit to soon hear our own students, our hope for the future, telling us that the night is over and the time for redemption has arrived.

[1] Yet the same verse that obligates us to eat matzah for the seven days after whichever day we may happen to bring the korban pesach teaches that the reason we eat matzah is, “so that you may remember the day of your departure from the land of Egypt as long as you live” (Devarim 16:3). While one might argue that this verse is teaching that, in fact, we may not celebrate all month, but only on the actual day of the Exodus—i.e., the 15th of Nissan—that would be an extremely roundabout and unclear way to go about it. The simple explanation is (almost always) the most plausible, and here the Torah teaches that the day of celebration needn’t correspond to the actual day of the Exodus; anytime during the month is fine. How this relates to the verses elsewhere in the Torah that are very date-specific is a topic for another time.

[2] It is not by chance that the penultimate plague was that of darkness.