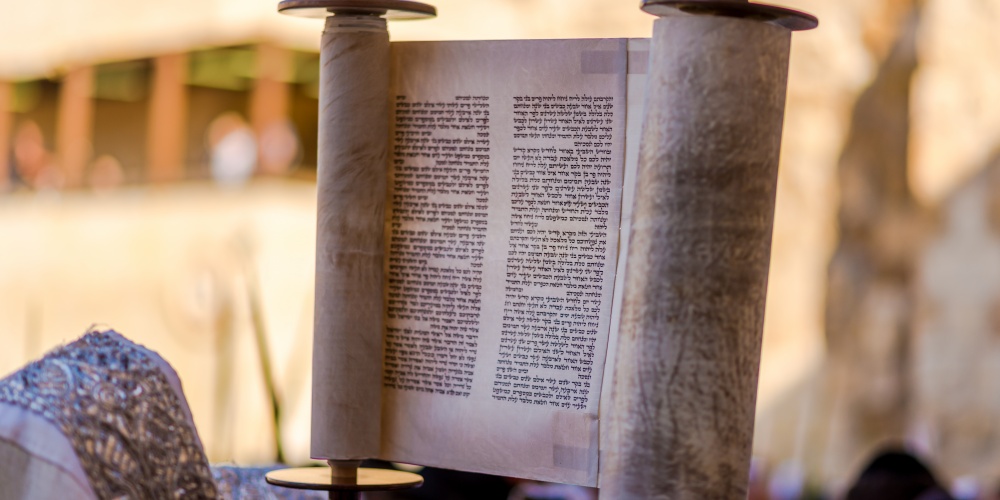 In our introductory post to Pirkei Avot we wondered why Rebbe, in editing the Mishna, did not begin with Pirkei  Avot, containing as it does the Avot, the fundamental teachings of our faith. It is true that Avot would make a great—maybe even the most appropriate—opening to the six orders of the Mishna. And had the only consideration been the best teaching to open the Mishna, it is quite possible Pirkei Avot would have been chosen. But in life, there is rarely, if ever, only one consideration. The Mishna is not a collection of 63 tractates, but is rather a corpus divided into six “sedarim”, or orders. It is for good reason Rebbe thought it best to include Pirkei Avot in seder Nezikin.

This order deals with all aspects of our monetary dealings: damages, torts, commercial law, landlord-tenant issues, zoning laws, and the running of the judiciary. It is vis-à-vis our money that character development, ethical refinement and moral wisdom are most needed. It is through the study, and more importantly, the internalization of the ideas and ideals of Pirkei Avot, that we are best prepared to answer affirmatively, “Were your business dealings conducted faithfully?” (Shabbat 31a), the question our Sages teach will be the first we are asked when we leave this world. Torah may have been given on Sinai, but it is on Wall Street and Bay Street where we can see how it is implemented. The placement of Pirkei Avot reminds us of this on a daily basis.

Within each seder of the Mishna the masechtot are organized in descending order based on the number of chapters. With only five chapters, Pirkei Avot is the second to last of the masechtot in Nezikin, ahead of only masechet Horayot and following masechet Avodah Zara, containing the laws relating to idolatry and idolaters. While the order of Avodah Zara and Avot might be somewhat coincidental, at the same time, Avot serves as a corrective to Avodah Zara.

One can reasonably argue that the primary theme of the Torah is that of ethical monotheism and the eradication of idolatry and pagan practices. Our Sages extol Avraham Avinu as the one who first taught this message to the world at large. The 10 plagues were the mechanism through which Pharaoh, the Egyptians, and the Jewish people would know that there is one G-d who is Master of the Universe. The Rambam counts no less than 51 mitzvot relating to the laws of idolatry. Sefer Devarim has as its recurring theme not to follow the idolatrous ways of the nations that inhabited the land of Canaan.

But idolatry is much more than a theological misunderstanding of G-d. Belief in G-d must go hand-in-hand with ethical sensitivity and moral refinement. G-d did not choose Avraham because of his belief in G-d or even his willingness to sacrifice his son on G-d’s command, but rather, because he would teach his children tzedakah umishpat, justice and righteousness. “For I have singled him out, that he may instruct his children and his posterity to keep the way of the Lord by doing what is just and right, in order that the Lord may bring about for Avraham what He has promised him” (Breisheet 18:19).

G-d’s greatness is manifest not (only) in the fact that He is the one and only G-d, nor that He created the world. Rather, it is that He cares for the widow, the stranger, and the orphan - refusing any and all bribes that is the testament to His greatness[1]. “For the Lord your G-d is G-d supreme and Lord supreme, the great, the mighty, and the awesome G-d, who shows no favour and takes no bribe, but upholds the cause of the fatherless and the widow, and befriends the stranger, providing him with food and clothing”(Devarim 10:17-18).

The Ten Commandments begin not with the statement that G-d created the world, but with the statement that G-d took us out of Egypt. And this, so we could be kind to the stranger. “You shall not oppress a stranger, for you know the feelings of the stranger, having yourselves been strangers in the land of Egypt” (Shemot 23:9). The Jewish people have experienced much suffering and we dare not inflict that on others. This message is so central to the Torah that it is taught no less that 36 times, perhaps even 46 times (Bava Metzia 59b).

Belief in G-d is a moral imperative, much more than a theological one. Thus, the Meiri could argue that one can actively practice another religion—and he was specifically referring to Christianity and its belief in the trinity—and yet, if those religions teach the importance of a moral life, its followers are not to be considered idolaters.

While the importance of ethics, even more so than ritual, should be obvious, unfortunately, it is not. It is Avot, with its emphasis on morality, which is the ethical response to avodah zara. The theological response—that of Shema Yisrael—is that which Rebbe chose to begin the Mishna [2]. The theological and the moral are flip sides of the same coin, with each meant to bring us closer to the other.

I noted above that Pirkei Avot has five chapters and hence, the classical commentaries on the Mishna, the Bartenura, the Tosafot Yom Tov and others do not comment on the “sixth” chapter of Avot. This chapter was added later, when the custom developed to learn a chapter of Pirkei Avot each Shabbat between Pesach and Shavuot. With six weeks between the holidays and only five chapters, a “sixth chapter” was added, one that sounds very Mishnaic. In order to distinguish it from the actual mishnayot, a note was appended reading, “shanu chachamim belashon hamishna, our rabbis taught in the language of the Mishna”. As this chapter was added as we prepare for Shavuot and is studied the Shabbat prior, the focus of the chapter is on the study of Torah. Seen in its broader perspective, the five chapters of Pirkei Avot—focusing on derech eretz in its many iterations—is a prerequisite to Chapter Six, the study and acceptance of Torah [3].

[1] This would seem to be the biblical basis of Rav Chaim Soloveitchik’s comment that the role of the rabbi is to help the widow, the poor, and the orphan. Answering halachic queries is of secondary importance. In what we might consider a rather amazing rabbinic contract, Rav Chaim accepted the job as rabbi of Brisk on condition that someone else would answer the halachic questions that arose—and that he need not speak on Shabbat and Yom Tov.

[2] See here for one reason as to why kriat shema is a most fitting beginning for the opening of the Mishna.

[3] The Rambam actually rules (Talmud Torah 4:1) that one may not teach Torah to a student who is not hagun, fit. The Rambam does not define hagun but I think we can safely argue that it would include those who ignore the teachings found in Pirkei Avot.

***We noted the ruling of the Rambam that one may not teach Torah to a student who is not hagun, fit. Based on the following Talmudic teaching—perhaps the source for the Rambam—can one argue that a ritually observant Jew who engages is dishonest business practices should be encouraged to stop observing Shabbat or keeping kosher? If not, why not? How could one then explain the teaching that “One who reads Torah, and learns Mishna, and serves Torah scholars, but his business practices are not done faithfully, and he does not speak pleasantly with other people, what do people say about him? Woe to so-and-so who studied Torah, woe to his father who taught him Torah, woe to his teacher who taught him Torah. So-and-so who studied Torah, see how destructive are his deeds, and how ugly are his ways” (Yoma 86a).

*** The Rambam writes (Tamud Torah 4:1) that one must first “return one to good…and the straight path and verify [his changed behaviour] and only then “bring him to the Beit Midrash and teach him”. Why does the Rambam not think that it is the teaching of Torah that will bring one to the right path? Is such an approach viable today?