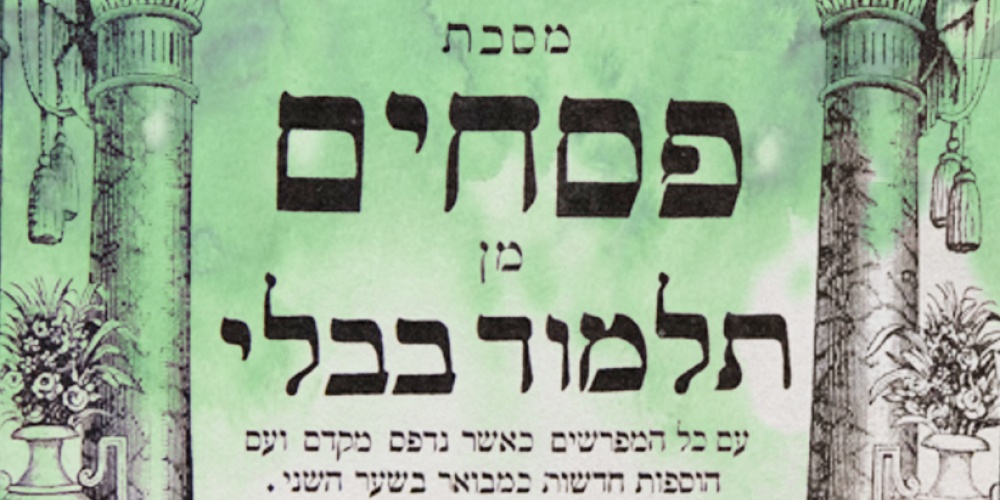 Language is much more than a method of communication. It conveys the values and culture of those who speak it. The Hebrew language is known as lashon hakodesh, the holy tongue, explains the Ramban (Shemot 30:13), because it is the language G-d used to create the world: “With ten utterances, the world was created” (Avot 5:1). It is the language of the Torah, of the prophets, and the Mishna. The Rambam (Guide 3:8) notes that Hebrew has no words for the sexual organs, forcing us to rely on euphemisms to discuss that which is meant to be private and holy.

The fact that Hebrew words are based on three-letter roots and the numerical system of gematria allows us to connect seemingly unrelated concepts which, upon further examination, are intricately linked[1].

Over time, languages evolve, reflecting the changes that impact upon all cultures. Those languages—and cultures—that are unable to adapt die out and are relegated to the history books. There are few today who speak Latin or Shakespearian English, and few today who would trace their worldview to these long-gone cultures. The miraculous revival of Hebrew—and it is nothing short of miraculous—links us to our glorious past. While the changes to our way of life have been many, fundamentally we are the heirs of people living thousands of years ago. While Hebrew has also evolved to meet the needs of today’s culture, the closeness to Biblical Hebrew is astonishing, but not surprising.

I was thinking about this as we came across some words of advice our Sages provided as to what to look for in a spouse, or more accurately, in a wife[2]. In the world in which most of us live, it is the qualities of one’s potential wife—and one’s potential husband—that are crucial. And there is little doubt that Jewish tradition places much stress on these qualities. It is not for nothing the Torah spends 67 verses describing how Rivka became one of our matriarchs.

Yet, by Talmudic times, the emphasis in seeking a suitable match had shifted to the qualities of the family. While not all children follow in the ways of their parents, much of our character is a result of the home we come from. This is even more pronounced when children marry at a young age as was recommended (and much more common) in Talmudic times. The simple fact that few young women were independent gave one little choice but to look at the family for some hints.

The English language has no equivalent word for mechutan. This is no linguistic anomaly; rather, it reflects the difference between the modern notion of marriage and the traditional Jewish one. For better or worse, in a Jewish marriage, one marries into a family—a family that has much influence on one’s chosen spouse. One’s mechutanim are not just one’s child’s in-laws; they are part of one’s family, bringing together otherwise unrelated Jews.

People marry for all types of reasons. While it is the ethos of today, the idea of marrying for love is a most recent, post-Enlightenment idea. In a society where individual wants and desires played a much lesser role, people often had limited choices in their marriage partners. It was often the needs and desires of parents that were paramount[3]. Few were the parents who allowed their children to marry “below” their social-economic status. Marriage with political, economic, and strategic goals in mind were most common. Romeo and Juliet were no match for feuding families.

In searching for the right family, our Sages suggested looking to marry the daughter of a Torah scholar. Just as people today tend to marry those with a similar outlook and background, one who is dedicated to Torah will seek a family where Torah is paramount. Talmud Torah kneged kulam! As we noted in our last post, a Torah scholar is much more than a towering intellect. Torah learning is meant to make us more caring, sensitive, and humble. Our rabbis were unimpressed by knowledge unaccompanied by excellence in character. Marrying into such a family provides an opportunity for personal growth and greater learning. If such means a smaller home, a less fancy car, and fewer vacations, that is a small price to pay.

But most people are not Torah scholars. One should thus strive to marry one of the gedolei hador, the great people of the generation. While today, the term gedolei hador refers to leading Torah scholars, our Talmudic sages had something else in mind. Rashi notes that the term refers to anshei maaseh vtzadikim, people of action and the pious. Translated this way, there are two types of gedolei hador: There are people who get things done, and then there are pious people whose piety serves as an inspiration to act. I would like to suggest we translate it as “pious people of action”. The embodiments of piety, of the great ones of the generation, are those who devote themselves to the bettering the entire community. The gedolei hador are what we might call national leaders.

As with great Torah scholars, there are a limited number of gedolei hador. There are many more roshei kneseot, local communal leaders. Next in line are those who raise money, who provide the infrastructure for leaders to lead, followed by melamdei tinokot, teachers of children.

What is hard to understand is why teachers of schoolchildren appear towards the bottom of the list, above only the daughter of an ignorant person, whom we are told to avoid in marriage. Is teaching children not the most important and noblest of occupations (even if many don’t see it that way)? The Gemara teaches that the world is maintained only because of the Torah of little children. Marrying into a family of teachers of children should be the highest goal one has, even more so than marrying into a family of Torah scholars themselves. It is the teaching of Torah that is the highest fulfilment of the mitzvah of Talmud Torah.

“Just as I [G-d, taught] for free so, too, you should teach for free.” As part of our mandate to imitate G-d, we are to teach Torah with no expectation of material benefit[4]. However, the Gemara (Nedarim 37a) explains that teachers of little children may take a salary as their primary job is “babysitting”, ensuring—as Rashi notes—that “the children do not go out and engage in useless activities”, i.e., roam the halls. As all who teach know, the most important part of one’s job is classroom management; and for that, one may get paid. But classroom management is not quite the same as being a great Torah scholar.

While from a curricular point of view, there may be little learning going on in grade school, these years are in many ways more important than any that follow. Fall behind in grade 1, and you may never catch up.

The most important decision one makes in life is who to marry—or not marry. While our conception of marriage may be different from that of the Talmudic sages, it is no less true today that “the apple does not fall far from the tree”.

[1] To give one simple example, the root of the word machloket, meaning dispute, are the letters chet, lamed, kuf, or chelek, meaning “part”. Machloket occurs when one sees only part of the picture. If instead, people could see the complete picture, shalem, we would have a greater chance for shalom, peace.  To expand upon this idea, the word for war, milchama, has as its root lechem, bread. Many a war has been fought over basic human needs.

[2] The Talmud, like all ancient books, is written from a male perspective and voices of women are few and far between (though not non-existent). It was also written by rabbis, for rabbis. Never did the rabbis imagine that the Talmud would be read by the masses. Hence, this sugya, Talmudic discussion, continues with some rather harsh statements about the ignorant, a category which the vast majority of Jews would have occupied. It is hard to imagine the rabbis could have expected laypeople to see these comments, especially when one considers that the tradition remained an oral one throughout the period of the Talmud, despite the writing of the Mishna.

[3] Our Sages were well ahead of the times when, based on the story of Rivka’s marriage to Yitzchak, they insisted that it is the couple themselves who must agree to marry each other.

[4] The basis for paying teachers today is beyond the scope of this devar Torah. (I do expand on this here) Suffice it to say that Rav Moshe Feinstein (Yoreh Deah 2:116) ruled that in the changed society of today, it is forbidden for a [full-time] teacher to teach without getting paid. As Rabbi Riskin famously noted, “If you pay peanuts, you get monkeys”.