Pekudei: Back to the Future 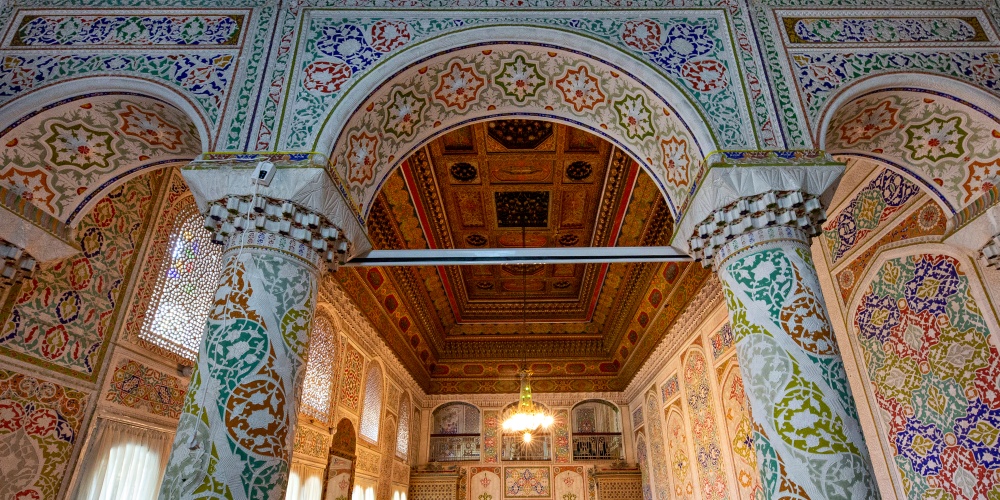 Often it is the crises of life that strengthen us. By confronting the challenges that surround us, we emerge more resilient and wiser from the experience. Such a crisis faced the Jewish people after Sinai. Their relationship with G-d faced a critical challenge. Despite the Divine revelation at Sinai, the Jews committed "spiritual adultery" by building a golden calf. They even proclaimed, "This, Israel, is your god who brought you out of Egypt" (Shemot 32:8). G-d considered destroying the entire nation and choosing a new "chosen people". Who could blame Him? However, mainly due to the inspired leadership of Moshe Rabbeinu, what actually emerged was a strengthened relationship between G-d and the Jewish people.

Following the chet haegel, the Torah details the building of the Mishkan, the Tabernacle, the "dwelling place of G-d". "These are the accounts of the Tabernacle, the Tabernacle of Testimony, which were calculated by Moses" (Shemot 38:21). Rashi points out that the Mishkan is called a “Mishkan Haedoot, Tabernacle of Testimony" because the fact that it was constructed at all following the chet haegel testifies that G-d forgave the Jewish people and rested His presence in the Temple. Yet the details regarding the construction of the Mishkan had previously been expounded upon in great detail in parshiot Terumah, Tezaveh, and the beginning of Ki-Tisa. Nevertheless, we find this week's parsharecorded many of these same details. The Torah wished to clearly emphasize that sin, provided it is followed by serious introspection, does not stand in the way of our relationship with G-d. G-d remains with us even though we are not living up to the ideals of the Torah.

We may have built an egel, but we can still build a Mishkan. Knowing that G-d does not reject sinners gives us the opportunity to learn from our mistakes. While the material wealth of the Jews were used for idolatrous purposes, these same Jews "were bringing more gifts each morning... bringing much more than is needed for the work that G-d commanded them to do" (Shemot 36:4-5). If we could be so generous for nefarious purposes, then surely we must give even more to the Mishkan.

Our relationship with G-d is metaphorically compared to that between a husband and a wife. In a marriage, each spouse must serve as an "ezer k’negdo", which literally translates as a "help mate opposed". The role of the spouse is to serve as a constructive critic, one willing to redirect some of a spouse’s efforts and energies, helping them grow by learning from their mistakes. A dispute properly handled actually strengthens the bond between husband and wife. Similarly, our relationship with G-d is solidified as we learn from our past mistakes. The chet haegel is thereby followed by the building of the Mishkan, representing our potential for an improved relationship with G-d in the future.

Perhaps this will shed light on a seemingly strange midrashic comment. Even though the construction of the Mishkan was completed during the month of Kislev, it was not actually dedicated until Nissan, more than three months later. The Midrash comments that Nissan was the month when Yitzchak was born and hence, an appropriate time for the dedication of the Tabernacle. Yitzchak, like all children, represents our hopes and aspirations for the future. "O Lord, what will You give me if I remain childless?...You have given me no children” (Breisheet 15:2-3). Avraham was concerned that without a child, the message of ethical monotheism and his legacy to the world could be lost. With the birth of Yitzchak, he could feel confident that there would be a future for the Jewish people. Both Yitzchak and the Mishkan give us hope for the future.

The Mishkan, and our shuls—all of which have the status of a miniature Mishkan—is a place we build for the future, to see how we can apply the message of Torah to our lives outside of the Mishkan. Unfortunately for many, the Mishkan of today serves mainly as a way to remember the past, to recite yizkor, to say kaddish for a parent, to nostalgically attend the same synagogue your grandparents did on the High Holidays. The ideal Mishkan is one that builds for the future, inspiring us to learn more, to increase our level of chesed to others, and to become more religiously sensitive. Let us recognize that we must be constantly building our Mishkan as we never give up hope for an improved tomorrow for ourselves, our family, and the world.