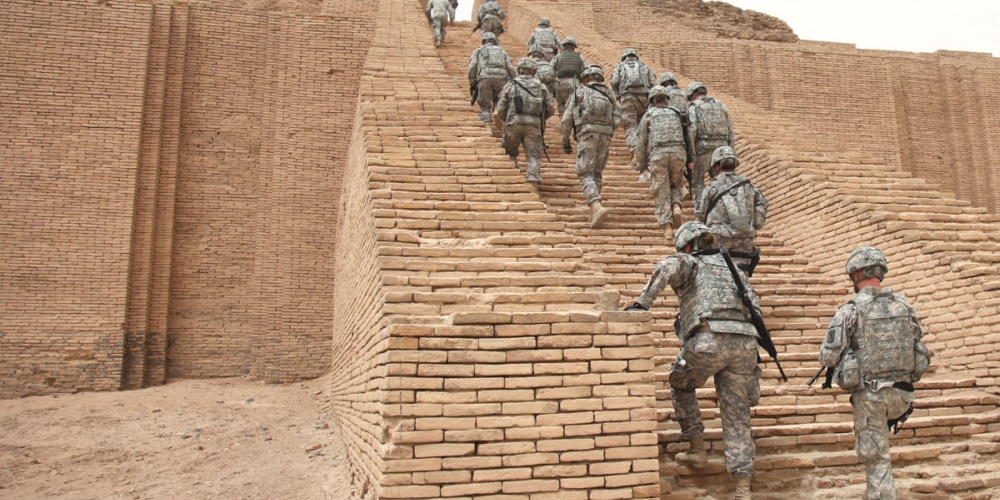 “And the entire land were of one language, and the same things” (Breisheet 11:1). What a beautiful description of a world at peace! A world in which people are speaking the same language, literally and figuratively, and pursuing similar goals sounds almost like Gan Eden. Yet apparently, G-d did not approve.

“From the place, G-d scattered them all over the face of the earth, and they stopped building the city” (Breisheet 11:8). While the Torah does not specify any actual sin by the builders of the tower—nor is it easy to detect what exactly they did wrong—something was amiss.

The generation of the flood, or rather, the culmination of ten generations, was one that tore people apart. Murder, rape, and deceit were their hallmarks. One did not know whom to trust, nor who might stab you in the back. Our sages, in a remarkable comment (Sanhedrin 108a), note that THE sin that caused G-d to destroy the world—the straw that broke the camel’s back—was that of theft.

Thievery is indicative of a total breakdown of society. Cities go into decay when people are afraid to venture outside for fear of being mugged. And though lacking the violence, white-collar crime is just as dangerous to the fabric of a community. While theft, per se, is not one of the cardinal sins of Judaism for which one must give up one’s life, the Talmud notes that, “More severe is the punishment for improper weights than the punishment for sexual immorality” (Bava Batra 88b).

If the generation of the flood was marked by total disarray, the dor haflaga, the generation of dispersion, had the opposite problem. They were too unified. While speaking the same language is great from a communication point of view, it’s not so great if it means that we all think alike. The dor haflaga was not only safa echad, one language; it was also devarim achadim, the same things. There was no room for dissent, questioning, or differing opinions. The story of the Tower of Babel is one with no names; rather, all we have is, “they said to one another”—the particular “they” being irrelevant.

The rampant individuality of the generation of the flood gave way to the collective good of the generation of dispersion. Some commentaries saw the tower of Babel as kind of a watchtower from which the state could keep tabs on all its citizens. Dissent was harshly crushed (see Haemek Davar 11:4).

While the first 10 generations were marked by disunity, this generation was too unified. Of course, of the two options—not getting along and getting along too well—it is clear which is the better one. The dor hamabol had to be destroyed; a society can become so evil that there is no other choice. On the other hand, the dispersion of the dor haflaga is not necessarily a punishment, but rather G-d’s way of “tweaking” society, to enable man to make better choices. While differing languages can create barriers, diversity of language, culture, people, geography, and thought enriches us all. And one can learn to speak another “language”, even if it is spoken with an accent.

The story of dispersion is immediately followed by a list of the ten generations from Noach to Abraham. Judaism strives to find a balance between individual freedom and conformity to societal norms. Such a mission was to be started by Avraham, Yitzchak, and Yaakov. One might say that Avraham challenged the rebelliousness of the first ten generations, as he rallied against the values of the society around him. Yitzchak gave up his individuality to ensure that Abraham’s legacy would not die with him. And Yaakov—given the appellation of emet, truth, by our sages—combined the two, becoming the father of b’nei Yisrael.