Nidah 30: The Lord is Against Me 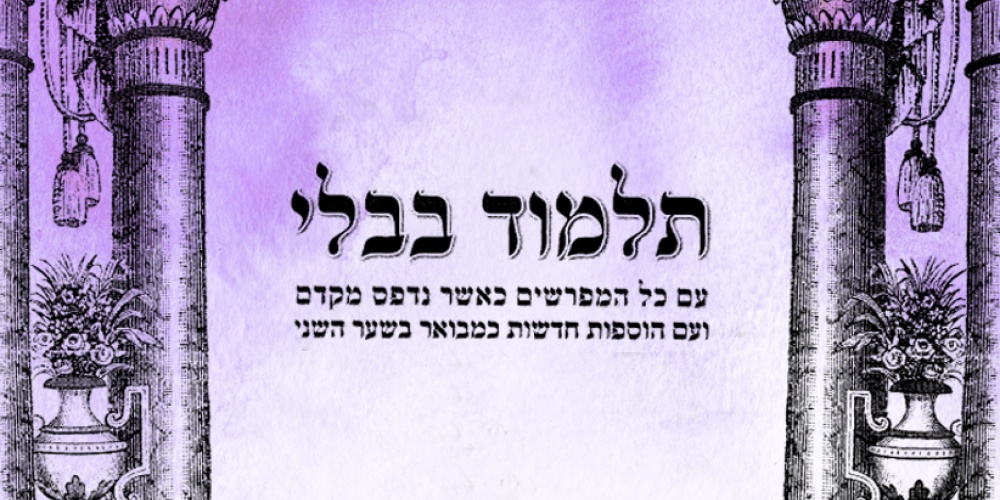 “And it does not leave the womb before it is made to take an oath…and what is the oath one is made to take? Be righteous and do not be wicked” (Nidah 30b).

As He was set to destroy Sedom, G-d—talking to Himself—muses that He is choosing Avraham to bring His message to the world because, “I know that he will command his children and his household to follow in the path of G-d, to do righteousness and justice” (Breisheet 18:19). As the fetus is about to enter the world, it is reminded of its duty to follow in the path of Avraham Avinu. Immediately prior, the Gemara notes that the fetus is taught and then made to forget “the entire Torah”. Notably absent from this oath is any notion of forgetfulness. One can be forgiven for forgetting Torah, but no such licence can be given for not striving to become a tzadik. This is a message that must be imparted from birth and emphasized throughout life. It is only because we are instructed (and must later instruct others) to follow the path of righteousness that we have the merit to be part of the Jewish nation.

Yet it is the striving towards righteousness that must be our goal. We must never feel that we have reached our goal, as that would lead to complacency and the inevitable slide backwards. The oath thus continues, “Even if the entire world says to you: ‘You are righteous’, you should consider yourself in your own eyes as wicked”.

Yet one may ask if such an oath is, in fact, counterproductive. What do we accomplish by telling people they should see themselves as wicked? Is such an approach effective? For many, the answer is undoubtedly no. Such an approach becomes nothing more than a self-fulfilling prophecy. If nothing one accomplishes can ever be good enough, why even bother trying?

At the same time, some are motivated to do better precisely because they are berated. Tired of falling short of expectations, they are motivated to try harder to do better. For these people, it is praise that negatively impacts them. After all, if they are good enough already, why strive to be better?

These two approaches were reflected in the mussar schools of Slobodka and Novordick. In Slobodka, students were told how great man is. As bearers of greatness, the b’nei yeshiva would strive to live up to these lofty expectations. On the other hand, in Novordick, they taught the lowliness of man; only through deep soul searching and examining one’s faults could one grow higher.

Telling someone not to believe that he is righteous may work to motivate him to do better, but it may also be counterproductive. This oath in utero might work for some, but for others, admonishment might be just the opposite of what is needed[1].

Yet perhaps this oath had relevance even for those who need more positive reinforcements. While our image of a tzadik might be someone along the lines of a Rav Moshe Feinstein or the Chafetz Chaim, the Rambam has a much more attainable definition of a tzadik, namely, one who performs more mitzvot than aveirot, i.e., one who gets a 50.1% on their mitzvah report card. This is something we can all do, and something we expect to develop in every fetus that enters the world.

However, there are tzadikim, and then there are tzadikim. Very few of us would actually refer to one who has just a few more mitzvot than aveirot as a tzadik. When people start calling you a tzadik—meaning, “an exceptionally righteous person”—there is a danger that you might believe them. And that could be disastrous.

One should never believe that one is a tzadik gamor, one who is so close to perfection that one has little room to grow. Such an attitude only guarantees that one will be anything but. On the other hand, we must believe that we are, or can easily become, tzadikim in that we do more good than bad.

Many an aron kodesh is adorned with the verse, “Shiviti Hashem lenegdi tamid" (Tehillim 16:8), I have placed the Lord befoe me constantly. Feeling that we are in the presence of G-d and that He is watching us—something easily done in theory, but most difficult in practice—goes a long way to helping steer us away from sin.

Rav Elazar Fleckeles, in the introduction to Volume Two of his responsa, Teshuva MeAhava, interprets the verse in a radically different way. Understanding “knegdo” in accordance with its meaning of “against” or “opposed to,” he explains that one must always feel that G-d is against us. If we are successful, we should fear that it is because G-d is giving us our reward in this world while diminishing it in the next; and if we are not, it is because G-d is punishing us for our sins.

While I presume many would find this idea unpalatable and likely to drive us even further from G-d, for some, this is exactly the approach they need to ensure their moral success. Only by feeling that G-d is distant from us are some inspired to try to come closer to G-d, to be more meticulous in their observance of the mitzvot. Feeling the presence of G-d too strongly can easily make us complacent. It is no accident that we often take advantage of those who are closest to us.

There is no one motivational tool that works for all. Some need encouragement and some need chastising. How appropriate that the Shulchan Aruch, our instruction book for following the will of G-d, opens by quoting the verse, Shiviti Hashem lenegdi tamid. Whether that means that G-d is close by and lending a helping hand, or far away and admonishing us, is for each of us to determine.

[1] Perhaps this fear was much reduced in previous times. In a similar vein, despite the clear Torah obligation to rebuke one’s neighbour, by Talmudic times, the Gemara had effectively neutralized this mitzvah. They realized that rebuke is likely to be ignored at best, and more likely to be counterproductive (see Erchin 16b). This fear of reminding people of their sins is reflected in the modern versions of Ashamnu, which in addition to (instead of?) a litany of our sins, has an alphabetical listing of mitzvot of which we can be proud.