Musings from Morocco: Shabbat in Marrakech 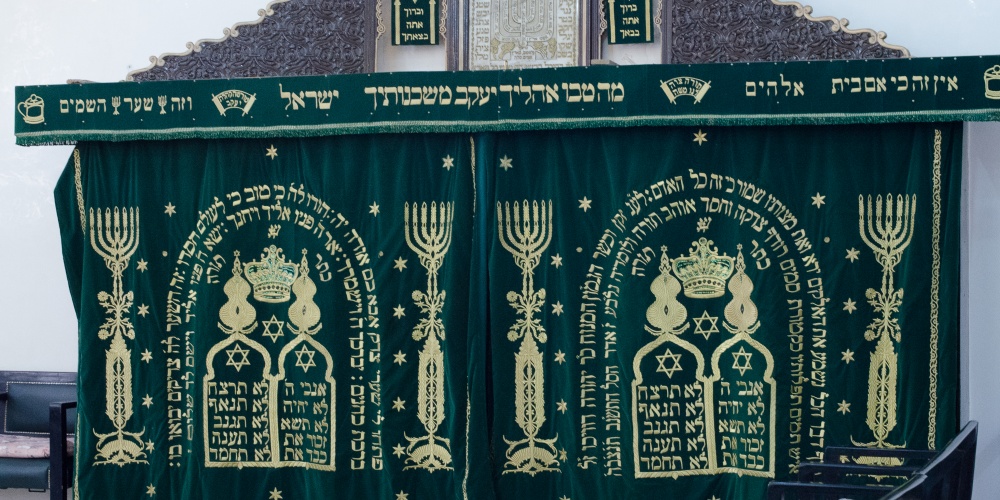 The city of Marrakech was, for many years, home to the largest Jewish population in Morocco. Today it has two functioning shuls: one in the mella, the old Jewish quarter, which at one time housed some 40,000 Jews; and the other some four miles away in the “new city”, where most of the Jews moved after 1956 when Morocco gained its independence from France[1]. With some 75 (mainly elderly) Jews left in the city, the shuls have minyanim only on Shabbat; the one we davened at, only on Shabbat morning.

“Judah the son of Teima would say: Be bold as a leopard, light as an eagle, fleeting as a deer and mighty as a lion to do the will of your Father in Heaven. He would say: The brazen—to purgatory; the bashful—to paradise” (Pirkei Avot 5:20).

This teaching is said in Moroccan shuls immediately after Rabbi Yishmael Omer, before Kaddish deRabanan. As someone quite unfamiliar with Moroccan minhagim, I do not know the origin of this beautiful custom, stressing the importance of humility as we start our day. In addition to a wonderful message, it appears to me that this is a natural follow-up to the listing of Rabbi Yishmael’s 13 hermeneutical rules of interpreting the Torah. The prerequisite for the proper interpretation of texts, especially a divine one, is humility. Those who are open to realizing that they may be mistaken are less likely to make mistakes in the first place. It is no coincidence that the only trait the Torah mentions about Moshe Rabbeinu is that of humility. And their greater humility is the reason given by our Sages (Eiruvin 13b) why Jewish law follows the rulings of Beit Hillel and not Beit Shammai.

On a more personal level, this paragraph greatly resonates as we visit Morocco. Travelling the Jewish world is not only inspiring, it is humbling. Seeing different customs, traditions, halachic approaches and cultures makes one realize that the range of traditional Jewish approaches is much wider than most of us are taught or experience. I find it refreshing to see and experience the difference in minhagim. What is most beautiful (and humbling) is realizing just how similar our practices are. That Jewish communities thousands of miles apart and lacking any modern methods of communication kept the same Shabbat, the same laws of kashrut, used the same mikvah, celebrated the same holidays and prayed the same way, makes one so proud to be part of this wonderful people (despite all the family fights we may have). The minor differences only highlight how close we really are. But the differences are most interesting, nonetheless.

The custom across many Ashkenazic shuls is to sing Yigdal at the conclusion of davening on Friday night. While it is printed in our siddurim at the beginning of daily shacharit, I don’t imagine too many people say it, and no shul that I am aware of says it as part of the davening[2]. In Marrakech, the shul sang (as opposed to the regular chanting of the rest of davening) Yigdal after Hallel haGadol, the 26-lined song of thanksgiving to G-d, "His kindness endures forever”.  These 26 ki leolam chasdos symbolize the 26 generations that G-d allowed the world to endure, despite it being bereft of the Torah. After acknowledging G-d’s kindness, we then proceed to declare our belief in G-d, with Yigdal summarizing the 13 principles of faith as enumerated by the Rambam.

I could not help but smile when, in the middle of the bracha of Ahavat Olam, the shul began to sing the “Carlebach” version of V’haer Eineinu b’Toratecha. Some things just cross all borders. While many people are aware that R. Shlomo Carlebach was the first shaliach ever sent by the Lubavitcher Rebbe to do kiruv, much less known is the fact that, in a parallel development, the first country that the Rebbe sent shluchim to was Morocco, with emissaries from France coming to Morocco. Unlike what happened in many other countries, the Chabad shluchim did not “impose” Lubavitch customs on the Moroccan Jews, but instead focused on kiruv within the Moroccan tradition.

One of the difficult-to-understand practices of Ashkenazic Diaspora Jewry is that of duchening on Yom Tov only. There is no good explanation as to why we seemingly ignore a mitzvah meant to be performed every day, and there have been attempts by some of the greatest of rabbinic figures to change this—but conscious change is most difficult for a traditional community. I was looking forward to being blessed by the kohanim of Morocco twice on Shabbat, but unfortunately, there were no kohanim in shul. Had we come a week earlier, we would have heard from three kohanim.

Speaking of the near-impossibility of changing accepted practices, after laining was over, the gabbai announced “for those in Israel[3]”, and then proceeded to lain (without giving aliyot) parshat Chukat, which those travelling to Israel this week will have missed. That was a most thoughtful and considerate act, and well worth the few minutes it took.

But perhaps the most revealing moment of the morning was the prayer for the government. That shuls in Morocco would recite it—complete with a specific blessing for King Mohammed VI—is, of course, a given. It is a requirement of halacha to pray for the welfare of one’s government. One need only peruse the blessings given to the Czar to realize that it is the stability that governments offer, and not their treatment of Jews, that makes this prayer mandatory. Even were one to consider only the treatment of Jews in a country, the prayers for this Arab king would need to be said with great kavanah.

What followed next was just remarkable. The gabbai recited the prayer for the soldiers of the State of Israel[4]. What a moving moment.

[1] Traditionally, Jewish quarters in Europe and North Africa were built next to the palace of the king or other local authority. This allowed the officials to keep an eye on the Jews, but more importantly, offered protection to the Jewish population. These rulers valued the contributions Jews made to society, especially in the economic sphere. Even the Christian persecutions of the Jews—which, until the second half of the 20th century, was much worse than any Jews ever faced under Muslim rule—was generally opposed (at least in its most violent forms) by the political leaders. It was the religious masses, sometimes egged on by the leading clerical figures and sometimes not, who were the ones to spearhead the killing of Jews. When the political leaders wanted to rid themselves of Jews, they generally expelled them, but did not kill them.

[2] Rav Soloveitchik actually opposed saying Yigdal at any time, arguing that our davening is meant for beseeching G-d to fulfil our needs, not a statement of our theology. There was also the concern that Yigdal may have been composed by one who later became an apostate.

[3] As we alluded to here, it is time that our rabbinic leaders in the Diaspora join parshiot Acharei Mot-Kedoshim instead of Mattot-Massei when the eighth day of Pesach is on Shabbat. The argument that the Gemara records—that we are to read the tochecha, i.e., parshat Bechukotai, before Shavuot does not, in my humble view, have much resonance. Tosafot already notes that our practice is not so, and we read Bechukotai two weeks before Shavuot. Adding another week, as all do is Israel, would do little harm and much good, allowing hundreds of thousands, perhaps well over a million people who travel between Pesach and Tisha b’Av not to miss a parsha.

[4] The prayer for the State of Israel was not said, and I did not manage to discover whether that was due to it being against the law, or something the Jewish community took upon itself, not wanting to display anything that could be construed as dual loyalty and/or as a lack of hakarat hatov to the king.