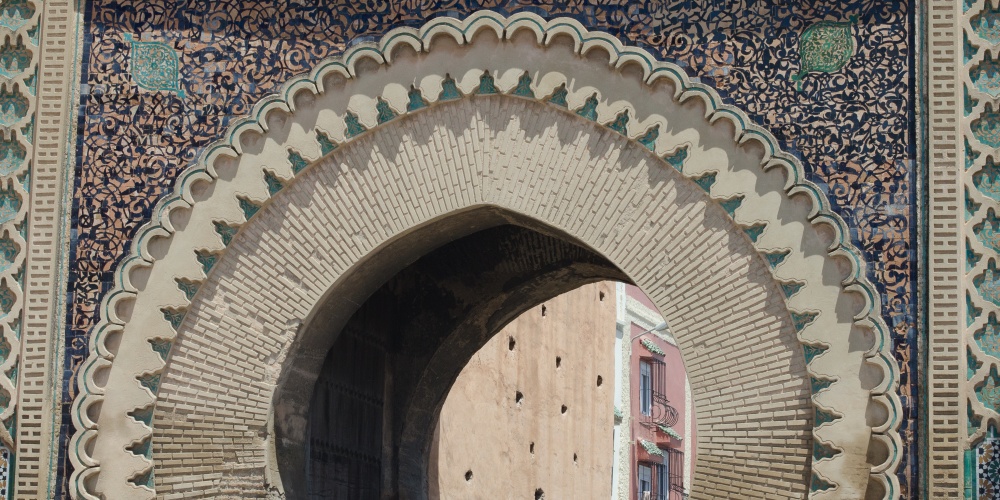 Visiting Morocco leaves one with both a sense of hope and of despair. The sense of despair does not refer to the decline of Jewish community, which at approximately 3,000 souls, totals some 1% of its pre-1948 numbers. Thankfully, the other 99% were not murdered in the Holocaust or even expelled by their Arab rulers, but rather chose to leave voluntarily, mainly to go to the State of Israel—where today, some one million Israelis are of Moroccan descent, approximately one-sixth of the Jewish population of the country. We met numerous such descendants, some in Morocco for the very first time, visiting with their Morocco-raised parents.

Those who did not come to Israel emigrated mainly to France and Canada, where they continue to preserve the Moroccan traditions (and can speak French with the general populace). Those who remain in Morocco live in freedom, some with great economic success.

The friendship of King Mohammed VI for his Jewish subjects is heart-warming, and his (along with his father and grandfather before him) great efforts to ensure that Morocco is an open, tolerant society where all can live together harmoniously are spectacularly successful. Burka-clad women walk next to the sleeveless. The streets are safe, people are extremely friendly and Jew and Muslim work and live together in peace.

The king keeps a close eye on everything, not, as so many others, to curtail freedom, but to ensure it. Last year, for example, when an Imam in the largest mosque in Casablanca expressed anti-Jewish sentiment at a Friday morning prayer service, he was immediately fired by the king. His majesty stressed that in his country, no hate is allowed.

This is one of the few, perhaps the only, place where making a distinction between Jews and Israelis has some merit. Morocco is part of the Arab League, after all, and must pay lip service to Arab causes. But this is a king who sends a letter to the Jewish community every year on Yom Kippur, to be read out loud in shul, wishing them a happy holiday. This is a country where kosher food is served on the national airline and where Israelis are welcomed, along with their Israeli passports, with open arms.

One might be cynical and claim that all this is done for internal political reasons, and not out of any particular love for Jews, as some argued at a recent conference regarding King Mohammed V efforts to protect the Jews during World War II. Even if true (and I have my doubts), does it really matter? I much prefer kings or dictators saving Jews shelo lishma, rather than killing them for all kinds of calculated reasons, even if they don’t really hate us. Are we so naïve as to believe America is so different? Our Sages displayed their understanding of the Machiavellian nature of politics when they taught, “Be careful of politicians, for they bring you close only for their own needs; they appear to love you when times are pleasurable, but do not help man in his time of need”.

Often Moroccan kings were there in our times of need. There has probably been no better example than the recently-revealed information that, in 1965, King Hassan II let the Mossad wiretap the rooms of foreign ministers, sheiks and the like when Morocco hosted a conference for Arab nations (see, for example, here). Of course, they asked for (and received) something in return, but what country wouldn’t?

So there is little to despair of regarding the decline of this community, even for those few who remain behind. What is so sad is that Morocco had few partners. If only other Arab and Muslim countries had followed the Moroccan model, so much bloodshed could have been avoided.

But that such exists in Morocco gives one hope for the future, which we thankfully see inklings of now.

What is true in the political realm is equally true in the religious. Between 1987 and 1993, 13,000 workers working in three shifts operating 24/7 built the world’s third-largest mosque—only those in Mecca and Medina are larger. It is breathtakingly beautiful and no expense was spared to build it. In a strange way (maybe not so strange), and with the three weeks approaching, it made me yearn for the Beit Hamikdash. In the words of our Sages (Sukkah 51b), “One who has not seen the Temple fully built has not seen a beautiful building in his life.”

Based on a verse in the Koran, it is located overlooking water—in this instance, the Atlantic Ocean. The mosque—remember, there are no chairs in a mosque—holds 25,000 people inside with another 80,000 outside, and is, we were told, completely full every evening during Ramadan, and half full on Fridays.

As our tour guide, who delightfully peppered in Hebrew throughout, told us, and I quote, “Ezrat nashim lemala, gevarim lematta”. When asked why the women’s section holds only 5,000 if the men’s section can hold 20,000, our guide replied that women are at home with the children.

Speaking of women in Morocco, I imagine most people reading this will be quite surprised to find out that in Morocco, formal Jewish education for women began in 1912 with the founding of the Em Habanim school in Fez, five years before Sarah Schenirer founded the Bais Yaakov movement. Even more surprising, in the 1950s, the rabbis of Morocco instituted a prenuptial agreement, one very similar to the one that has been in use in America for (only) the past 25 years.

In another “modern” adjustment to traditional Jewish practice, the Moroccan rabbanim made a communal takkana, enactment, that should a wife die, half her estate goes back to her family and is not, as traditional Jewish law ruled, inherited by her husband. And in perhaps the most famous ruling of Rav Joseph Messas—Rabbi of Meknes, Morocco and later Sephardic Chief Rabbi of Haifa—argued that, in an age were women do not normally cover their hair, there is no halachic need for married Jewish women to do so (and this was agreed to by at least some other leading Moroccan rabbis). These rulings had nothing to do with feminism or modernity—which did not exist in any way, shape or form as they do in the West—and everything to do with rabbinic leaders trying to best apply halacha to the society in which they lived. That is the most traditional of all halachic approaches.

Listening to our tour guide at the mosque, I thought: How sad that Muslim-Jewish relations are so much worse than they could and should be. There is much we share with Islam (and many ways in which we differ), surely more than we share with Christianity; and that is even after leaving theology aside.

Despite hundreds of years of Church teachings that dehumanized the Jew, and despite the fact that Christianity was considered idolatry (at least until recently), today we have (very?) good relations with the Catholic Church and some of the biggest supporters of Israel are Christian groups[1]. It is so sad that our relations with the Islamic world are so much worse, especially considering the much lower levels of historic persecution of Jews in Islamic lands and the fact that theologically, Islam is not considered idolatrous[2]. Yet at the same time, the Moroccan experience provides some hope for a better future.

From the grandeur of the mosque, we went to meet Rabbi Jacki Sebag, Rabbi of Neve Shalom Synagogue and director of the yeshiva day school in Casablanca. This school is very similar to our (Modern Orthodox) yeshiva day schools, with three hours of limmudei kodesh in the morning followed by an afternoon of general studies. The school has approximately 110 children in the elementary grades and 85 in the high school. Tuition is $2,300 a year and includes lunch, though only about 20% pay full fees.

Very few of these students will remain in Morocco, and the community will continue to dwindle. As the rabbi told us, one need not live in Morocco to preserve Moroccan Jewry. The future of most of the young—and eventually, their parents—is elsewhere. But as long as Jews remain, they need rabbinic leadership. Rabbi Sebag’s son, who has been learning in Yeshiva in Israel, will soon be returning to be a dayan in Morocco. The importance of having “native-born” dayanim, who understand and live the Moroccan halachic tradition, cannot be overstated.

For the past 23 years, I have lived within a five-minute walk of a Moroccan shul, yet I have never once gone there to daven. I look forward to going on a Shabbat to see Moroccan Jewry continuing their time-honoured traditions in Canada.

Acharon acharon chaviv: I want to thank Dr. Marc Shapiro, whose incredible knowledge and engaging personality made Jewish history come to life in such a meaningful way. The thoughts I have been sharing reflect only a small part of the trip. If you have found my words meaningful, I invite you, if at all possible, to join a future trip.

[1] As per the discussion above regarding the King and the Holocaust, the reasons many Christians support us need not matter when discussing those who, in former years, might have killed us.

[2] It is only because Islam is not considered to be idolatry that we can enter a mosque in the first place. While today, many of us—following in the path of some great rabbinic poskim—do not consider Christianity idolatry, nonetheless, except under extraordinary circumstances, one should not normally enter a church.