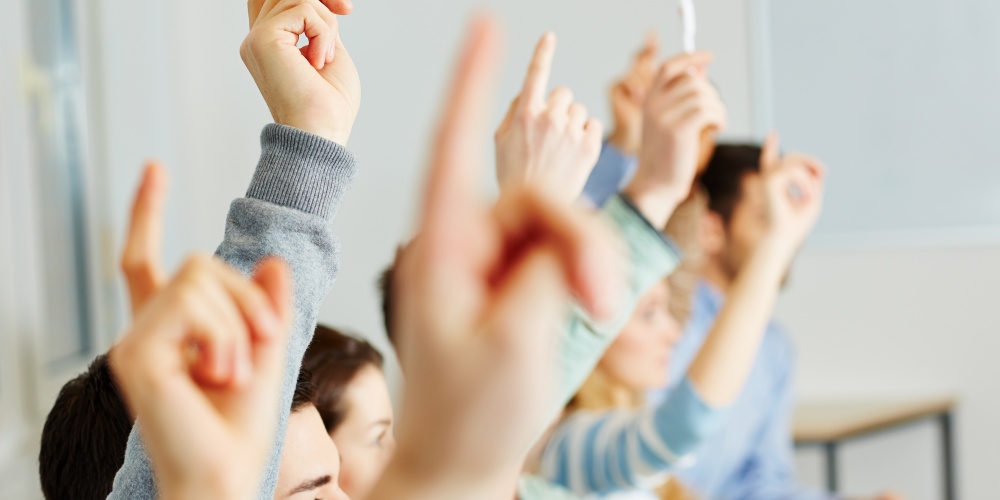 Isaac Rabi, winner of the 1944 Nobel Prize in physics for his discovery of nuclear magnetic resonance, was asked what inspired him to become a scientist. His response: “My mother made me a scientist without ever knowing it. Every other child would come back from school and be asked, “What did you learn today?” But my mother used to say, “Izzy, did you ask a good question today?” That made the difference. Asking good questions made me into a scientist.”

I do not know if Mrs. Rabi studied Talmud (though I think I can guess), but I do know that she was following in our Talmudic tradition. Our Sages understood that without questioning, we learn very little. They encourage and urge us to question pretty much anything and everything. And it is not only our colleagues we must question, but our teachers and mentors as well [1]. Irrespective of how great an authority one may be, everyone can, should, and must be questioned if need be.

Though it is ostensibly a law book, the opening words of the Talmud are not, as one would expect, a statement, but rather a question. "Meematai korin et hashema b’arvit, from what time may one recite the evening shema?" And lo and behold, no less than three possible answers are suggested. It is the rare good question that has one definitive answer; it is by being open to listening to other views that our own views are sharpened, amended where necessary, and made more accurate. “Why are Torah matters likened to a tree? …Just as a small piece of wood can ignite a large piece, so, too, minor Torah scholars can sharpen great Torah scholars” (Taanit 7a). The best tool for sharpening great Torah scholars is asking questions.

We follow the rulings of Beit Hillel precisely because, before expressing their own view, they would study the view of Beit Shammai (Eiruvin 13b). The traditional way of study is with a partner who, our Sages say, is to be viewed as an “enemy” as we study. In the process of study, we are to question, analyze, and debate each and every point if need be. Yet after study, our enemy, oiyev, becomes an o’hev, a beloved partner in the quest for the truth, a truth that is most difficult to attain on one’s own (Kiddushin 30b).

“Rav Yannai had a student who, every day, would question his teaching” (Moed Katan 5a). What a fortunate teacher Rav Yannai was! How lucky to have a student who takes so much interest in one’s teaching, and who forces one to stay on their toes.

That great rabbis had their teaching questioned is most obvious to anyone who has studied even one page of Talmud. Yet generally, the questioner is named. Here, the student is not named, indicating that he was not a great scholar [2]. Yet questions must be welcomed from every corner—and every day.

The Talmud then notes that, “on the Shabbat of the festival, he did not ask any questions”. The Gemara does not explain why not, but Rashi does. He explains that many more people would come to the Rabbi’s shiur on the Shabbat before the festival—no different than the crowds at Shabbat Hagadol and Shabbat Shuva today—as compared to a regular Shabbat afternoon shiur. The student was afraid that Rav Yannai would not know the answer to a question and as such, would be embarrassed. With a small group of regular students, a good teacher would never be embarrassed to admit ignorance of the answer, but such is not the case when speaking to a much larger group, many of whom may hear the rabbi speak only on rare occasions.

What a sensitive student! Torah study is important, but not at the cost of possible public embarrassment. It is for this reason the halacha forbids one from asking an off-topic question of one’s rebbe. This, many explain, is the meaning behind the teaching that “Thirty days before Pesach, we ask and inquire about the laws of the holiday.” Asking about the necessity to kasher dishes for Pesach in January is off topic and an inappropriate question. Asking that same question on Purim is right on the mark.

The Maharsha rejects Rashi’s interpretation, calling it dachuk, forced. Not knowing the answer to a question is no reason for embarrassment. Furthermore, that cannot be a concern for a student. If one is afraid to ask a question due to fear the teacher may not know the answer, one will never develop into a great scholar. And a teacher who does not encourage questions is no teacher [3]. There is much one can learn from how a teacher responds to a difficult question. The size of the audience and the gaps of knowledge of the teacher are irrelevant. As our Sages teach, in trying to ensure the proper application of the law, “we do not give honour to a teacher” (Brachot 19b).

Rather, the Maharsha explains that Rav Yannai taught to the level of his audience. When he was learning with his top students in the Beit Midrash, he taught more complex and difficult material and hence, the students had many questions. On those occasions when he lectured to the community at large, he spoke on more basic topics, on a level understandable to all. His students had no questions because the talk was so easy to understand. With all so clear and simple, there was nothing for Rav Yannai’s student to ask.

And yet the student attended this most basic of talks. One could argue that “ee efshar l'beit midrash blo chiddush, it is not possible to study without new insight" (Chagigah 3a). No matter how simple the topic and how often the subject has been covered, one always learns something new. But that is almost irrelevant. He attended because that was the right thing to do. What a show of respect and example for others when highly educated “yeshiva students” come to the communal lecture! If one wants to build a community where Talmud Torah is taken seriously, then the most serious students must be part of the general community, joining all in these special communal lectures.

All agree one must do one’s utmost not to embarrass a teacher—or anyone else. And all agree that Talmud Torah requires tough questions to be asked. Where one draws the line when there is a potential conflict is an area where great people can disagree. But this simple story, taking up but one line in the Talmud and almost tangential to the discussion at hand, is a beautiful display of the mutual honour and respect students and teachers should have for each other

[1]  Presumably, this freedom to question is rooted in the Bible itself, where Avraham and Moshe have no qualms questioning and even arguing with G-d.

[2]  Talmudic convention dictates that only the greatest of scholars are mentioned by name. When “average” people offer great insight—oftentimes, it is specifically the outsider with a fresh perspective who sees the subject most clearly—such are referred to anonymously as Haahu Gavra, “there was a person”. For a series of insightful teachings by non-scholars, see Sanhedrin 7a and Rav Soloveitchik, The Profundity of Jewish Folk Wisdom in Reflections of the Rav (1979)

[3]  One of the greatest teachings I learned in the four years that I was in the shiur of Rav Herschel Schachter was to be willing to say, “I don’t know,” something he would say when necessary in response to a complex question.