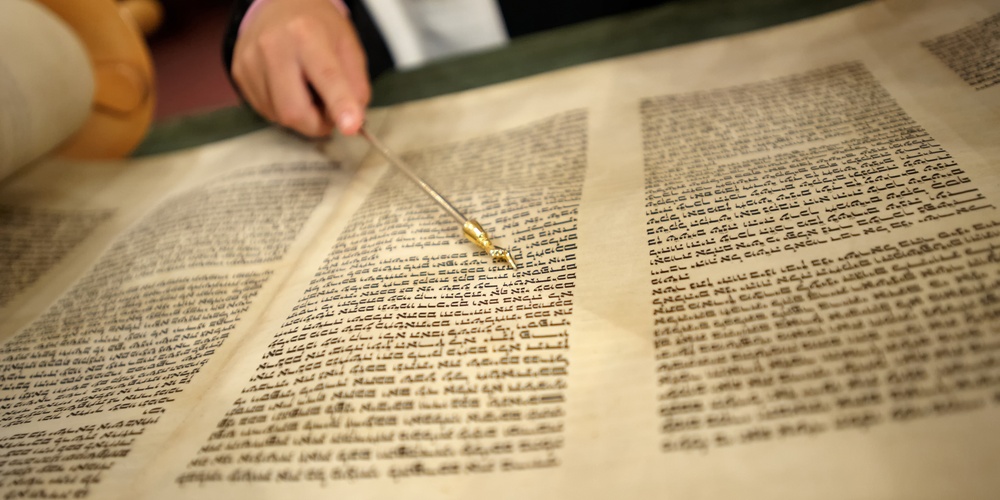 When the eighth day of Pesach falls on Shabbat, those of us living outside of Israel lain the special Torah reading for Yom Tov Sheni[1], while those in Israel read parshat Acharei Mot. It is only when we conclude sefer Bamidbar more than three months later that the kriat haTorah is unified throughout the world[2]. That such a split happens on that first Shabbat after Pesach is unavoidable. Yet the disparity in the Torah reading could have been made up the very next week by having those in the Diaspora read parshiot Acharei Mot and Kedoshim, together as is done in all non-leap years. Why was that not done? And if not Acharei Mot-Kedoshim, what about Behar-Bechukotai or Chukat-Balak, parshiot that we often read together? Would it not have made more sense to align our Torah reading earlier than Mattot-Massei?

This is especially so when, unlike times past, travel is so frequent that many people end up both hearing the same parsha twice as they travel outside of Israel and missing a parsha when they return. I do think it would be best to unify the parshiot earlier, nonetheless it is instructive that we reconnect at Mattot-Massei.

But first some background. Reading the Torah every Shabbat is “only” a rabbinic edict. According to the Torah itself, the Torah must be read publicly only once in seven years, during the Sukkot following the shmitta year. This reading was so special, it had to be done by the king in the presence of the entire nation—men, woman and children, even infants.

Yet it is hard to think of a more important, influential and impactful rabbinic law. So much of Jewish life revolves around the Torah reading of the week. If you wonder what life would be like without this enactment, just ask yourself when was the last time you learned Yirmiyahu or Trei Asar? Would one study Yonah if not for Yom Kippur or read the beautiful 55th and 56th chapter of Yishayahu if not for fast days?

We should not be surprised that our Sages attribute the requirement to read the Torah on a weekly basis to Moshe Rabbeinu, acting not as Divine messenger but as rabbinic legislator. It was Ezra—who the Talmud says would have (should have!) been the one to receive the Torah, had Moshe not beat him to it (Sanhedrin 21b)—who instituted our system of reading on Mondays and Thursdays and at Shabbat Mincha (Bava Kamma 82a). Yet neither Moshe nor Ezra told us exactly what to read. More important than the actual content was the fact that Torah was being read and taught in public. The universal system that we have today of finishing the Torah once a year on Simchat Torah is “only” about 800 years old.

The custom to complete the Torah every year developed in Bavel, where the vast majority of Jews lived at the time, and it is that system that is in use today. The decision as to which parshiot were doubled up was done without consideration of the Torah reading in Israel. And for good reason. For hundreds of years, those in Israel had a totally different system of public Torah reading, finishing the Torah cycle once every three years. While eventually the Land of Israel adopted the Babylonian system, the occasional disparity was inevitable due to the second day of Yom Tov in the Diaspora.

Such mattered little when the population was small and travel almost non-existent. It is only because we have thankfully returned to the Land of Israel that this disparity is very noticeable, with widespread impact. But it’s not like we purposely wait until Matot-Massei to catch up; that is how the system was set up years ago. And changing systems—even which parshiot get doubled up—is not easily done in a traditional society.

Yet when all is said and done, it is at Mattot-Massei where we catch up with the reading in Israel. And while it may be inconvenient, thematically this is the ideal week for those who live outside of Israel to connect to the Land of Israel. It is in this week’s Torah reading that the actual mitzvah to live in the Land of Israel is recorded. It is this week that we read of the desire of the tribes of Reuven and Gad to dwell outside the Land of Israel. It is this week that we read of the travels of the Jewish people in the desert, travels that have been our lot for 2,000 years. We have often done little more than take refuge in a temporary home, not dissimilar to the cities of refuge described in this week’s parsha. And thankfully, just as those in the city of refuge led a normal life in the city itself, some of these temporary homes of the Jewish people were homes that granted us many years of quiet and tranquility.

When our current cycle of Torah reading was set up, it would have been historically anachronistic to know that in years when Yom Tov Sheni falls on Shabbat, Jews in Israel and the Diaspora would join together only at Mattot-Massei. Yet the “customs” of the Jewish people have great significance and meaning, even after the fact.

[1] In a fascinating non-coincidence, the Torah reading for Yom Tov Sheni on Pesach, Shavuot and Sukkot is the end of parshat Re’eh which talks about the mitzvah of aliyah laregel, of spending Yom Tov in Jerusalem. This portion is read in Israel only when we read parshat Re’eh, but is read outside the land four times a year!

[2] This is so only during a leap year. In a non-leap year, it is parshat Shemini that is read in Israel on the day after Pesach, and those in the Diaspora combine Tazria-Metzora, Achrei Mot-Kedoshim and Behar-Bechukotai. The parshiot are then aligned before Shavuot with those in Israel separating Behar and Bechukotai.