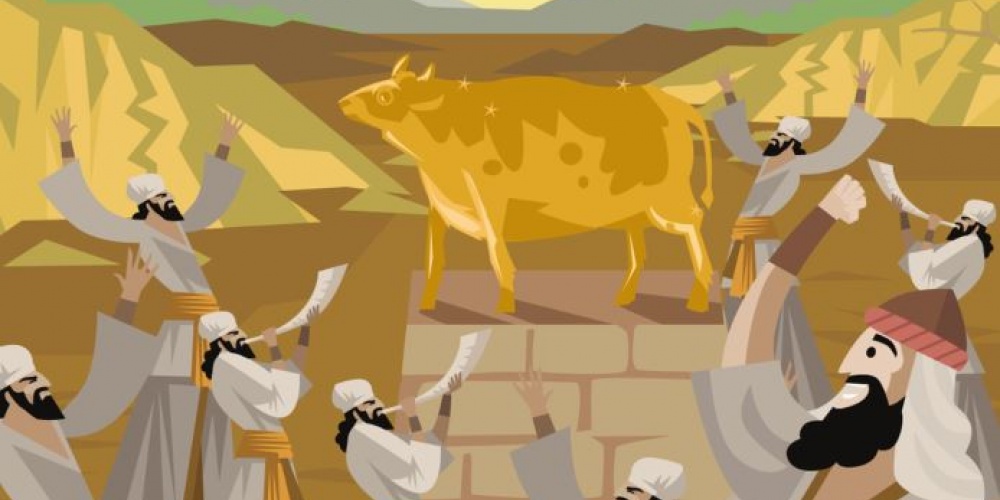 Had things gone according to plan, the chumash would be a much shorter book. If not for the sin of the golden calf, there would have been no need for a second set of tablets; and there would have been, at least according to Rashi (Shemot 31:18), no need for a Mishkan. It was only because of the chet haegel that there was a need for a tangible place that would serve as the central place to worship G-d. And if not for the sin of the spies, the Jewish people would have arrived in Israel 40 years earlier, sparing Moshe the need to constantly remind the second generation not to repeat the sins of their parents. In short, there would have been little need for the second half of sefer Shemot and much of Vayikra, Bamidbar and Devarim.

Our ancestors would have left Egypt, gone to Sinai and arrived in Israel eleven, or possibly, three (Rashi, Devarim 1:2) days later. Unfortunately, things did not go as planned. A new covenant had to be established, a Mishkan built, and a new generation raised to maturity. Yet despite the connection between the sin of the golden calf and the second set of tablets, the Torah does not present it that way.

In parshat VaEtchanan, where the aseret hadibrot are presented for the second time, there is nary a word about the need for this second set. Reading the parsha, one would not even know that the sin of the golden calf had transpired. Moshe simply recounts the events at Sinai as they originally occurred seven weeks after the Exodus. Why does Moshe not connect this “second set” to the sin of the golden calf?

The lack of mention of the cause of these luchot is made doubly puzzling by the fact that Moshe does remind the people of the terrible sin of the golden calf, the subsequent need for the reestablishment of the covenant, and the rewriting of the luchot. But that reminder only occurs in our parsha and is nowhere to be found in parshat VaEtchanan.

In this week’s parsha, Moshe details how he pleaded with G-d for 40 days and 40 nights, begging Him to forgive the people, and how G-d told him “to carve out two stone tablets like the first [ones] and I will write on the tablets the words that were on the first tablets that you broke” (Devarim 10:1-2). This would have been the natural place to subsequently record the aseret hadibrot. Why are they recorded out of context, in parshat VaEtchanan?

Clearly, the Torah wanted to separate these two momentous and contradictory events. Sin and Sinai, building a golden calf and building a Mishkan, cannot co-exist. We are not to observe Torah because we feel badly that we have sinned, nor because of our fear of punishment. While those motivations have a place—and the linkage between chet haegel and the aseret hadibrot is not hard to find—we should observe Torah because it is the right thing to do; it enriches, inspires and ennobles us (at least it should).

Moshe’s retelling of the aseret hadibrot is actually a review of the first set of tablets. It is the original covenant—the one in which we responded na’aseh v’nishma—that Moshe wants us to recall. In parshat Eikev, Moshe describes the need for the second set of tablets, but does not add the details of how they were actually received. That was no more than a sad historical detour.

In a similar vein, while the construction of the Mishkan may have been a direct result of sin, the Torah does not present it that way. The command to build a Mishkan is actually recorded before the sin of the golden calf, despite the fact that the latter led to the former. The Mishkan was to be the place for the Divine Presence to rest, not the antidote to the sinning of the Jewish people.

The Torah that we observe today was actually given on Yom Kippur, the Day of Atonement. The giving of the Torah was proof that forgiveness was granted for chet haegel. Yet this fact is downplayed in the Yom Kippur liturgy, which focuses on sin and repentance. We celebrate receiving the Torah not on the day on which we contemplate our sins, but on a day designated as one of joy, the Yom Tov of Shavuot. And in contradistinction to our other holidays, there are no other rituals associated with Shavuot—allowing us to fully focus on the gift of Torah.