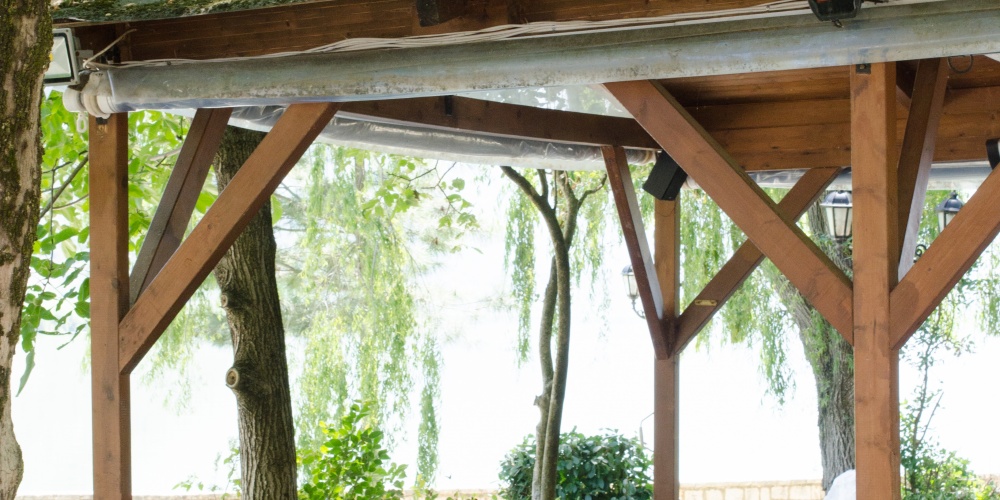 “Ma rabu ma’asecha Hashem, how beautiful are Your creations, G-d!” After travelling in Greece for a couple of days, one understands that the Greek emphasis on beauty is not coincidental; the land itself is one of great natural beauty. Mountains, rivers, lush greenery and more entice the eye. There is much to attract one to Greece, and with our trip focused on Jewish history, we will not even be including the famously lovely Greek islands on our itinerary. While only 11 million people live in Greece, approximately 30 million tourists visited in 2017 (including some 500,000 Israelis), a ratio of tourists to residednts that is likely the highest in the world[1].

Travelling from Athens to Ioannina, we rode to the top of the majestic Meteora Mountains, one of the most beautiful natural sites of the world. Earthquakes, time, water and nature have joined together to create mountaintops that are truly awe-inspiring and afforded us an opportunity to say the bracha of oseh maaseh breisheet, recited when one sees nature in all its beauty. And this was beautiful.

But as beautiful as the country is, we primarily came to see the history of our people.

Jews have been living in Greece for thousands of years. When we asked Haim, our local tour leader, how long his family has been living here, he immediately responded, “Since 586 BCE,” i.e., since the destruction of the first Temple. While one might quibble with the exact date, Jews have been living uninterrupted in Greece since at least the time of Alexander the Great. And for the most part, it was a great place for a Jew to live. Jews were never expelled from Greece, nor were they ever forcibly converted. They were well educated, well integrated and achieved much economic success.

But alas, a once glorious community, numbering some 80,000 on the eve of World War II, has been almost completely wiped out. Close to 90% of Greek Jewry was murdered by the Nazis. Haim’s father was the only person in his extended family who survived the war, living through the hell of Auschwitz, while his mother was hidden by non-Jewish neighbours[2]. Today, some 4,500 Jews live in Greece, with over half of them in Athens. The majority of this population is of Sephardic origin, with only some 1,000 Romaniote Jews, the descendants of the original Jews who settled in Greece, remaining. Haim’s wife is from Tunisia; they met at Hebrew University in Israel, where the majority of Jews who did survive the Holocaust emigrated.

Sadly, the Romaniote tradition is in danger of extinction. The very few remaining Romaniote shuls, including one on the Lower East Side and one in Tel Aviv, are in actuality more Sephardic than Romaniote. This trend began with the influx of Spanish exiles to Greece, and attesting to this loss is the fact that there has not been a Romaniote siddur printed since the 17th century[3]. Haim has made it his life’s mission to maintain as much as he can of this tradition. One standard feature of a Romaniote shul is the bimah, which sits elevated at the far back, i.e., the western wall of the shul.

The island of Corfu today is home to some 20 Jews. Its one remaining shul is in use one day a year, on Yom Kippur; though this past year, they did not even have a minyan. Jews settled in Corfu no later than the 13th century and by the late 19th century, some 7,000 Jews lived here. Many left after a blood libel in 1891, and on the eve of World War II, some 2,000 Jews lived on this beautiful island.

From a Jewish perspective, Corfu is probably most famous as a major provider of etrogim. To be more precise, it is most famous for the debate that raged in the mid- to late-19th century over the kashrut of its etrogim, with the detractors claiming the etrogim had been grafted with lemons. Over time, many of the greatest rabbis of the day became involved in the debate, and it became an issue that involved not only ritual, but monetary matters as well. The controversy ended in the early 20th century as etrogrim started to be grown in Israel, and today there are no longer Corfu etrogim—paralleling the decline of the community itself.

Visiting Corfu, one is saddened and angry at this testament to the determination of the Nazis to kill Jews above all else. The Germans occupied Corfu in September 1943, and soon reported that, due to its isolated nature, it would not be possible to deport the Jewish community. Nonetheless, on June 9th, 1944, three days after D-day, the Nazis went to extraordinary efforts to deport almost all of Corfu’s Jews to Auschwitz. Within days the rich history of Jewish life in Corfu had effectively come to an end.

From a modern historical point of view, Corfu’s most significant rabbi was Rabbi Yehuda Bibas. While I imagine most—myself included (at least until today)—have never heard of him, that is a historical error worthy of correction[4]. Born in 1789 in Gibraltar and appointed Chief Rabbi of Corfu in 1831, he was the precursor of what today we call religious Zionism. In 1839, he embarked on an international tour to encourage Jews all over the world to make aliyah, and was supported in his efforts by Moses Montefiore. It was during his travels that he met the much better-known Rav Yehuda Alkelai, who became his student and fellow advocate for return to Zion. Rav Bibas made aliyah to Hebron in 1852, and died there soon thereafter.

[1] For purposes of comparison, Israel, with a population of approximately 8 million, set a tourist record in 2017 with some 3.6 million tourists.

[2] While Haim speaks eight(!) languages, neither German nor Polish are amongst them, as his father would not allow those languages to be spoken by his son.

[3] A similar (though less extreme) process happened to Italian Jewry, which has its own unique minhagim. Ashkenazim and Sepharadim reflect only the two largest subsets of Jews, but like society as a whole, the “little guy” is being squeezed out.

[4] I want to thank Dr. Marc Shapiro for enlightening me on this; his far-reaching knowledge and engaging style brings Jewish history to life.