Bamidbar: What's in a Name? 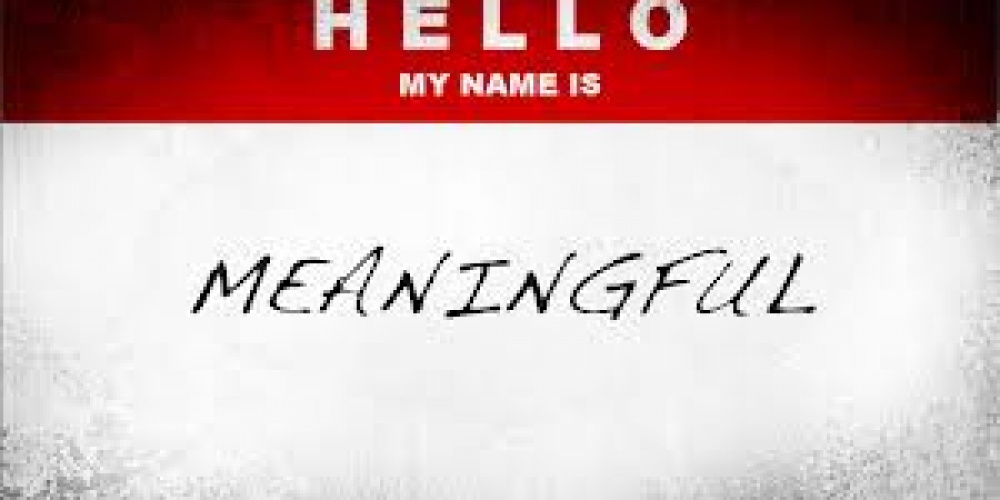 Sefer Bamidbar opens with names and numbers, a theme that continues throughout the book; hence its name, Chumash Pekudim, the book of counting. Apparently, names are much more than mere identifiers. A name represents the essence of a person. "In the merit of not changing our names were we redeemed from Egypt", claims the Midrash.

At first glance, it seems quite strange and remarkable that the keeping of our Hebrew names should be so crucial. Not only do most observant Jews of the baby-boom generation maintain their "secular" names, many of our Talmudic sages had names that were far from Jewish. Rav Moshe Feinstein has a responsa in which he explains that there is no halachic problem with using a "non-Jewish" name. Yet our Sages, and the Bible itself, saw great importance in names, and many a verse is spent detailing how people received their names. Abraham, the first Jew, is a descendant of Shem, whose name means "name". What is in a name?

Sefer Bamidbar should have been the concluding book of the Torah. After receiving the Torah and building the Mishkan, the Jewish people, under the leadership of Moshe, were set for a historic and permanent march into the land of Israel. In preparing for the conquest, all males above the age of twenty—i.e., those of military age—were counted. Helping Moshe and Aaron with the count were the 12 nesi’im, the leaders of each tribe. An examination of the names of these nesi’im is quite revealing; they contain within them the seeds of redemption. Let us examine just a few.

The first requirement for Jewish nation-building is G-d's help and protection. Thus, the leader of the tribe of Reuven is Elitzur ben Sdeior, a name that translates as G-d is our rock, son of G-d who provides light to His nation. G-d and man must partner in the redemptive process, and hence the need for strong leadership. Nachshon ben Aminadav is not just the name of the nasi  of Yehuda; it reflects the essence of his personality, commemorating the way he volunteered for his nation, ami nadav, at kriat yam suf. It was his willingness to move forward into the raging waters—despite the danger—that inspired the nation and initiated the parting of the Red Sea, to the benefit of all. Without those willing to sacrifice for the sake of the nation, redemption is not possible. The leaders chosen to assist Moshe include Eliav, G-d is my father; Pedazur, our rock, our redeemer; Ami Shadai my people, my G-d and Deuel, know G-d.

These names take on greater significance when compared with the names of the meraglim, who nearly caused the redemption to be stillborn. Here, almost prophetically, we find admonitions to heed and remember our G-dly mission. Thus, the representative of the tribe of Reuven is named Shamua ben Zachur, listen, the son of remember. The punishment for failing to heed the advice in this name is the pouring out of G-d's anger on the people. This leads us to the name of the representative of the tribe of Shimon, Shafat ben Chori, judgment, the son of anger. We continue with such names as Palti, spitting out; Gadi ben Susi, goats and horses, and S’toor, destruction. Even one of the "good" meraglim is known as Calev, dog, although he is the son of Yefuneh, the one who turns away, as he was to turn away from the evil report of his colleagues.

We can now better understand the importance of adding the yud to Hoshea’s name, asking G-d to save Joshua from the advice of the meraglim. Without that "name" change he might have succumbed to the fate threatened by his second name: bin Nun, the son of Nun, with nun representing nefilah, falling down and failure.

We are called the B’nei Yisrael, translated literally as the sons of the nobles of G-d. When G-d counts us, He is reminding us that we must live up to our names. Let us ensure that we meet that challenge.