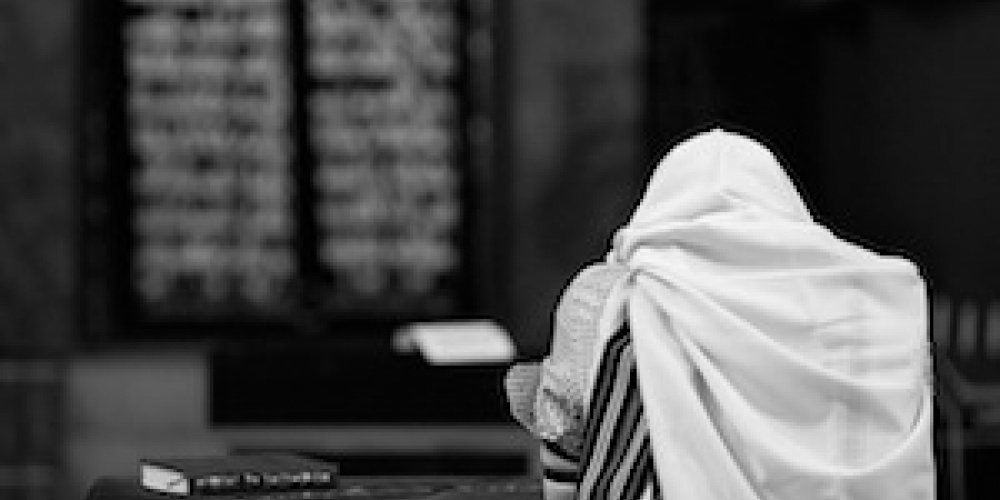 “The age of five for the study of Tanach, the age of ten for Mishna and the age of fifteen for Talmud[1]” (Pirkei Avot 5:21). Our Sages clearly spell out the age-appropriate subject matter we should be teaching our children.

Rav Tanchum bar Chanilai, presumably speaking to adults, teaches that “leolam, forevermore, one should divide shenotav, his years, one third Mikra (Tanach), one third Mishna and one third Talmud” (Avodah Zara 19b). As one does not know how long one will live, the Gemara explains that the term shenotav refers not to years, but to “days”. We should, Tosafot explains, spend two days each week learning Tanach, Mishna and Talmud respectively. Tosafot then notes that a more literal understanding of the Gemara would be for us to divide each day’s learning into three equal parts of Tanach, Mishna and Talmud. Such a division would ensure that whenever one may die, the balance of this tripod of Tanach, Mishna and Talmud will be at most only a few hours off!

Whether this was, as the language of Tosafot seems to indicate, a post facto justification of the existing educational norms in 12th century Northern France (and beyond) or an educational ideal, matters little. This one sentence literally changed (or justified) the face of Jewish education and, at least since the time of Rabbeinu Tam, Ashkenazic Torah education has focused almost exclusively on Talmud. This may (or may not) have worked for the generation of the Tosafists, or when only the elite received advanced Jewish education; but many, most notably the Maharal of Prague, strongly objected to rejecting the unequivocal instructions of the Mishna.

I think it is clear to all involved in Jewish education today that the approach of Rabbeinu Tam cannot work for most – something I would argue Rabbeinu Tam himself understood[2]. It is not by chance that surveys in Israel, as well as much anecdotal evidence in North America, indicate that Talmud is the least favourite (and that is a euphemism) subject studied. As a respected educator recently told me, most children exposed to Talmud in elementary school get just enough of it to know they hate it (and that is not a euphemism).

Just as one would not encourage a ten-year-old to study calculus (unless you wanted to turn him or her off math), one should not teach a ten-year-old Talmud. One must wait for the brain to develop to enable a student to properly understand and appreciate Talmud. This same educator noted—and my experience corroborates this—that those who are first exposed to Talmud as adults often find Talmud study tremendously exciting, which it is—if taught properly.

The above discussion notwithstanding, there is another consideration that is crucial. “A person learns only that which his heart desires” (Avodah Zara 19a). One can have the most pedagogically sound curriculum with the best teachers, and it matters little if the student could care less about the subject material.

That such applies even to the greatest of Sages is demonstrated in the following Talmudic episode. Levi and Rabbi Shimon were sitting with [their teacher] Rebbe Yehuda Hanassi. When they finished the sefer of Tanach that they were learning, Levi said, “Let’s learn Mishlei,” and Rabbi Shimon said, “Let’s learn Tehillim”. Rabbi Shimon “forced Levi” to agree, and a sefer Tehillim was brought. Quoting from the second verse of the book, “But his desire is in the law of the Lord; and in His law does he meditate day and night”, Rebbe explained that a person only learns Torah from a place that his heart desires. Levi then turned to his teacher and said, “Rebbe, you have given us permission to leave”.

It would seem that Rebbe, seeing the debate about what to learn, taught as he did deliberately, granting his student the go-ahead to learn whatever his heart desired.

This same teaching is recorded just a few lines later, this time in the name of Rava, with a slight but significant difference. Instead of making a descriptive comment that one learns only that which the heart desires, Rava proscriptively argues that leolam, forevermore, one should learn that which one’s heart desires. One could have argued that while people learn best when they learn that which interests them, one should not necessarily always follow that in practice. To become expert in any field, one must master material that may not always be of interest. There is a much that Jews must learn, whether or not they find it interesting. Yet Rava argues that if there is no interest, we can expect little effort. If we feel something is important to teach, we must work hard to present it in a way our students will find interesting.

Rava then offers further pedagogical advice, teaching “Leolam, one should learn Torah and [only] afterwards meditate upon it.” Only after becoming fluent with the material can we begin to analyze it. Applying this to Talmudic learning means that we must ensure that we know what the text says—the basic shalka vetaraya, give and take, of the sugya, discussion—before we ask any chakirot, investigative questions.

This is difficult - generally we are more interested in analysis than “rote” learning of the facts. But without the latter, the former is likely to be wrong.

Rava follows that with another teaching: “Leolam, one should always recite the Gemara even if one forgets, and even if one does not understand what they are saying”. Only by constant review can one hope to understand, and that which appears very difficult at first, with much review can become second nature.

For many, there is little that is less interesting than focusing on comprehension and constant review rather than analysis[3]. Yet apparently, Rava sees little contradiction between these teachings. One should and must learn the material in which one is interested, but learning takes time and effort and that must not be sacrificed, even for the sake of interest.

The Talmud offers one more piece of pedagogical advice. “In the school of Rav Yannai it was taught: One who learns Torah from one teacher will, leolam, never see blessings from his learning”. Learning from one teacher only guarantees a narrowness of thought that hinders one’s development. Exposure to other modes of thinking, to the ideas of others, is necessary if one is to broaden one’s mind and hopes to grow into a mature and critical learner.

We have previously discussed how chevruta learning is meant to ensure that one studies with someone who will critically examine what we say – even becoming our “enemy” as they look to question our assumptions and find holes in our arguments. There is nothing more sterile than learning in an echo chamber.

Encouraging one’s students to go learn from others can be frightening for a (mediocre) teacher, but good teachers understand. “Rav Chisda said to the Sages (that is how he referred to his students): I wish to say something to you, but I am afraid that you will leave me and go. One who learns Torah from only one teacher will never, leolam, see a sign of blessing” (Avodah Zara 19a)[4].

Like all teachers, Rav Chisda felt he had much to give to his students and did not want them leaving to go learn elsewhere. Yet he understood that such would be to their benefit and thus, he did not hesitate to teach them the importance of seeking out other teachers. And what he feared is exactly what happened, as “they left him to go study with Rabba”[5].

The one phrase that appears in each and every one of the above teachings is leolam, forevermore. These teachings are true for all times and for all places, embedded into the natural makeup of the world. To be truly successful in learning, we must learn that which interests us, master the actual material, constantly review, and expose ourselves to many teachers.

This same expression, leolam, is used in the teaching that “Leolam, a person should learn Torah shelo lishma, for ulterior motives, as from shelo lishma one comes to lishma”. The only way to begin to reach the level of learning Torah lishma, Torah for its own sake, is by first learning for ulterior motives. No one is capable of learning or doing mitzvoth with 100% pure motivation all the time, or even any of the time. Leolam, there will always be some shelo lishma mixed into our Torah observance.

I find this notion refreshing, reflecting the deep psychological (and educational) insight of our Sages.

[1] It is important to note that Mishna and Talmud are not specific texts, but refer to modes of learning, with Mishna referring to the study of law in its most basic form and Talmud to the analysis of those laws. There is much “Mishna” in the text we refer to as Talmud, and one may use Talmud as a method to study the text known today as Mishna.

[2] It is crucial to recall that until the post WWII period, no more than 5-7% of the (male) population studied Talmud. There is a great difference in how material is taught to the masses vs. to the intellectual elite.

[3] One of the reasons the “Brisker approach” to learning, popularized by Rav Chaim Soloveitchik (of Brisk), swept the Yeshiva world was due to its focus on analyzing ideas and concepts. The text—mastery of which takes much time and effort—became almost secondary to cognitive thinking, which could readily be done even with a limited base of knowledge.

[4] It is no coincidence that it was Rav Chisda who specifically told his students to learn from others. As this sad story demonstrates, Rav Chisda felt that having his students exposed to other teachers would, in the end, be of great benefit to the teachers themselves, who also should be exposed to the arguments of others.

[5] Interestingly, Rabba limited this teaching to logical analysis. Here it is crucial to hear many voices. But when it comes to mastering the text, it’s best to have one teacher only. With Torah still being taught orally, Rabba understood that it’s best to learn the basic teachings from one person. When the text is mastered, it becomes time for analysis and that is when we want to seek out many teachers. It’s best if only one teacher teaches basic addition, or even geometry. But applied math is a subject best mastered by hearing from many.