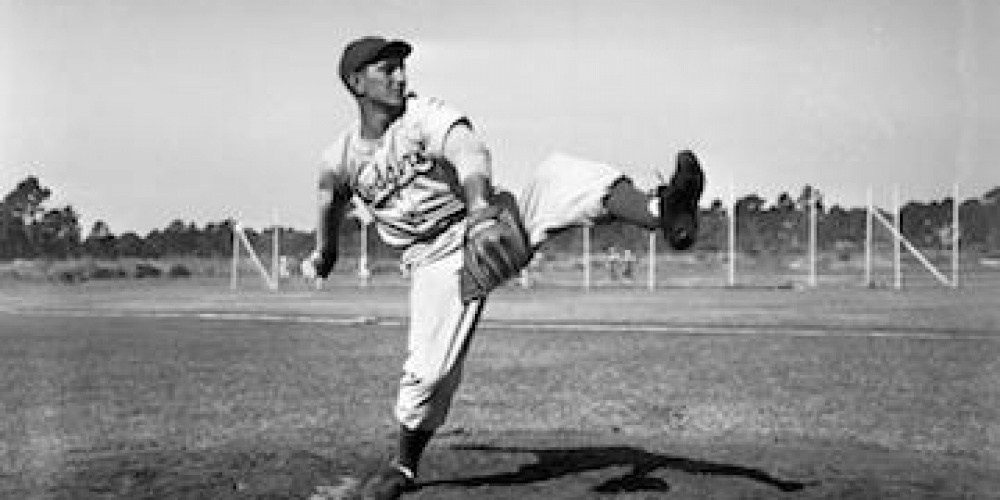 One of the highlights of learning with Rav Aharon Lichtenstein, zt”l, were his occasional “press conferences”, where we could ask any and all questions of Rav Aharon. I recall that at one of these sessions, someone asked if there are any tragic figures in Tanach. Rav Aharon defined a tragic figure as one who, despite a lifetime of fantastic accomplishments, is remembered not for what they accomplished, but for a single mistake they made. As an example, he mentioned Ralph Branca. Seeing the many blank stares on the faces of this group of students born after 1951, he explained that this three-time All Star pitcher is remembered for one thing and one thing only: giving up “the shot heard around the world”, the home run to Bobby Thomson in the bottom of the ninth that allowed the NY Giants to win the 1951 National League pennant.

Moving on to Tanach, Rav Aharon noted that Miriam is a most tragic figure. If not for her efforts, there would have been no Moshe, no redemption and no Jewish people. It is not by chance that it was in her merit that the Jewish people had water in the desert—i.e., we could not have survived without her. Yet despite all she did, the Torah instructs us that the way we are to remember Miriam is for her speaking lashon hara about Moshe 9Devarim 24:8-9). How tragically sad—and all too common—that one slip-up can define a career.

Yet if one slip-up can define a person’s legacy, so can one extraordinary positive act. “There are those who acquire their world in one moment” (Avodah Zara 17a).

While he was cohabiting with the prostitute, she told him that his sins were so great that repentance would be impossible. Perhaps she was making fun of her customer—rabbi or not[1]—who was living a double life and encouraging him to give up the façade of religiosity. Or perhaps there was something about Elazar ben Dordia (and perhaps the prostitute, too) that hinted that while he may have been sinning, he still wanted to remain part of the Jewish community.

This is, of course, true of so many of us. We may knowingly sin, yet we see such as giving in to our desires, not a rejection of  Judaism[2]. Cohabiting with the prostitute is a great sin, but such does not contradict or negate the fact that an adulterer can do many wonderful things. The Mishna asserts that a sotah, a woman suspected of and then confirmed to have been guilty of adultery, can have her punishment—a bloating body followed by death—delayed for years due to her many merits. Our sages saw no contradiction in the fact that the same person can rise to great heights and sink to great depths.

Elazar ben Dordia was not yet ready to confront his demons. He was looking for others to do the hard work for him – the stupidity of such highlighted by depicting him asking his natural surroundings for help. There is nothing nature would or could do. If one wants to solve a problem, one must look inward. Only by first admitting that one has a serious problem, and only when one takes the first steps to help oneself, can the help of others be effective. Finally he said: "it is only dependent on me. He put his head between his knees and cried out a bitter cry until his soul departed” (Avodah Zara 17a).

Elazar ben Dordia began—but never completed—the process of teshuva, a process that requires remorse, confession and resolve not to repeat the sin. Yet his cry was so heartfelt and so sincere that there was little doubt he would not return to sin[3]. So complete was his teshuva considered that he is given the title Rabbi[4]. “A heavenly voice declared, Rabbi Elazar ben Dordia is invited to the world to come.”

Upon hearing this, Rebbi Yehuda Hanassi cried and declared, “There are those who acquire their world after many years and those who acquire it in one moment”.  Life, lamented Rabbi Yehuda Hanassi, is just not fair. How can it be that someone who "had did not leave out one prostitute” can enter the world to come after crying for a few minutes, whereas some have to work hard their entire life for that privilege[5]?

Rebbe expressed a similar lament [6] when the Roman executioner of Rabbi Chananyah ben Tradyon was also welcomed to the world to come (Avodah Zara 18a). This was for the act of removing the cotton placed on Rabbi Chananya’s body, allowing him to die sooner and thus suffer less, and then jumping into the fire himself.

While for Rebbe Yehuda Hanassi, G-d’s mercy to sinners is occasion to cry about the seeming injustice of it all, for many of us, this is most inspiring and worthy of joy. No matter how far we may have fallen, we can—in a moment—change course.

[1] In many of our printed editions of the Talmud, Elazar ben Dordia is introduced with the title Rabbi.

[2] We today are witness to the situation where, for a growing number, even intermarriage is not seen as contradictory to remaining part of the Jewish community. Whether this is something to lament, or be thankful for the fact that they want to remain part of the community, depends on one’s perspective. Nonetheless, for the vast majority of (modern) Orthodox Jews, the days of sitting shiva over an intermarriage are long over. It is engagement, not rejection, which might allow them and their children to remain Jewish.

[3] It is possible that despite his cries right at that moment, he would have returned to sin, like so many who have momentary feelings of regret. Thus, by his premature death, he managed to die with a clean slate, having repented for all his sins.

[4] As noted in footnote 1, in our printed editions of the Talmud, the title “rabbi” appears when he is first introduced—indicating that this is not just a story of the great possibility of repentance, but of how no one is immune from potentially sinning in these matters. As our sages note, “ein apotropus larayot, there is no guardian against sexual immorality” (Ketubot 13b). Whomever Elazar ben Durdiya was – and to the best of my knowledge, this is the only time he is mentioned in the Talmud – the Talmud (Menachot 44a) records that one of the students of Rav Chiyya was saved at the last moment from his encounter with a prostitute when, while taking off his clothes, he was hit by his tzizit. Not only was he inspired to mend his ways, so was the prostitute, who Rav Hiyya then converted.

[5] The Eitz Yosef in his commentary to the Ein Yaakov explains that Rebbe was referring to himself – as he suffered from a stomach ailment for the last 13 years of his life – and yet this person who spent his life with prostitutes was invited to the World to Come.

[6] Our Sages have no issue with noting how Rebbe, the editor of the Mishna, found G-d’s system of reward and punishment “unfair”.