An Introduction to Masechet Shevuot 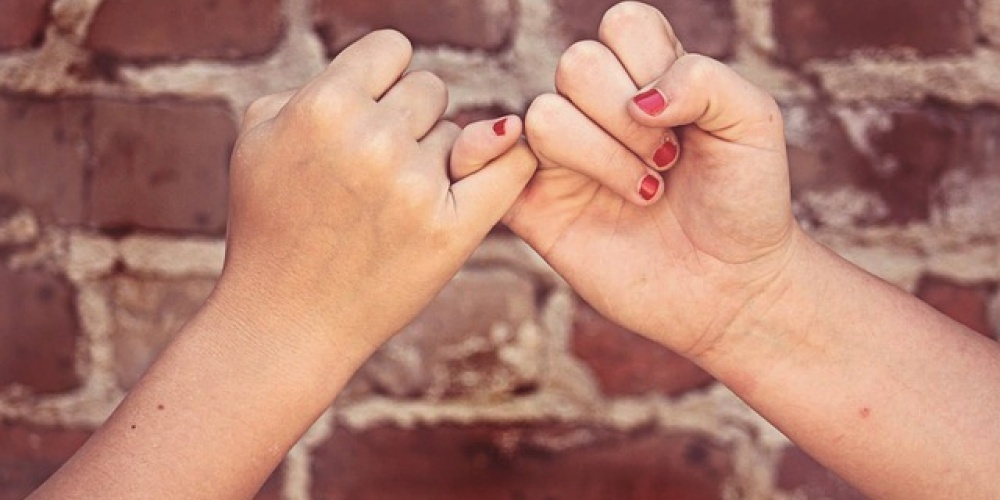 The story is told that when the Vilna Gaon was a little boy, he wanted to learn masechet Shavuot[1] in the weeks before the holiday of Shavuot. His teachers chuckled, and explained to him that masechet Shavuot is not about the holiday of Shavuot but about shevuot, the laws of oaths[2]. The Vilna Gaon was surprised at his teachers and told them of course he knew that masechet Shavuot is about the laws of oath. However, he explained (or so the story goes), the most important oath ever taken was the one taken by the Jewish people at Sinai, obligating the Jewish people to observe the Torah. It is for this reason that if one, for example, takes an oath not to sit in a sukkah it is null and void, because the oath at Sinai precedes and supersedes his oath; mushba veomed mehar Sinai. Even an oath to observe the mitzvah of sukkah would be a violation of the prohibition of taking a meaningless oath, a shevuat shav. So there is no more appropriate masechet to learn before Shavuot than masechet Shavuot. Furthermore, the Vilna Gaon noted, masechet shavuot has 49 pages[3], and is thus the perfect fit for “daf yomi” for the days between Pesach and Shavuot.

I have no idea whether the story is actually true, but like many stories of this genre, its historical accuracy – or lack thereof—matters little, provided one realizes that these stories are not told for the historic record.

The first two chapters of the masechet focus not on oaths, but the laws regarding those who enter the Temple or eat sacrificial food while tameh. This is for the simple reason that both the laws of purity and oaths are “two [explicit in the Torah and two not explicit so] that [there] are four”, and both require similar sacrifices for violating these laws. We may find such loose connections very strange, but such is perfectly logical when dealing with an oral tradition.

The first type of oath discussed is what is known as a shevuot bitui, an oath of expression, where one swears that one will or will not do something (the “two”) or has already done or not done something (“that are four”), i.e., eat strawberries. This leads into discussions as whether drinking is included in an oath not to eat, whether generally inedible foods are considered food, or even whether non-kosher food is considered food (even if the oath itself is null and void). One who purposely violates such an oath is liable for lashes; while one who inadvertently violates such an oath must bring a korban olah v’yored—an up-and-down sacrifice—where a wealthy person must bring an animal, one who cannot afford such brings birds, and the very poor bring a sacrifice of flour.

This is a rarely-brought sacrifice and besides for false oaths, it is brought—as alluded to above—when one enters the Temple or eats sacrificial food in a state of impurity. Such a sliding-scale korban may also be brought by woman after childbirth or a metzora after his state of tzara’at has ended.

The fourth chapter discusses the details of shevuot ha’edot, where one is subpoenaed to give testimony in a court of law. One who knowingly and falsely swears that they do not have any pertinent information and then admits their lie is obligated to bring a korban olah veyored; one who mistakenly took such an oath, not realizing they had relevant information, brings no sacrifice.

The masechet continues with a discussion of shevuot hapikadon, oaths taken by those who deny and then later admit to owing money to others – be it an [unpaid] loan, a lost or stolen object, or an object they were entrusted to guard. When they come clean, they must pay a fine and bring a korban asham, a guilt offering, one of only six cases where such a korban is brought.

The seventh chapter discusses the laws – and the exceptions to the law—regarding a modeh b’mikzat, one who admits to owing part (but not all) of a loan. Unlike a kofer hakol, one who fully denies owing money and whose denial is accepted, the partial denier must take an oath to back up his claim. It is (or at least in Talmudic times, it was) beyond chutzpadik to look someone in the eye and lie to them by denying owing them any money; and thus, when they say they owe nothing, they are believed. However, one might be tempted to admit a loan but lie as to the exact amount and thus, an oath is required.

The seventh perek begins by noting that “all who the Torah demand take an oath, take an oath and do not pay”, i.e., it is the defendant, the one from whom money is being claimed, who takes the oath. The rest of the chapter focuses on the exceptions to this rule, most notably an employee who, in a dispute over unpaid wages, takes an oath that he was not paid and then collects his wages. An employee surely knows when he was not paid, while an employer’s claim that he has paid this particular worker is subject to greater error.

The eighth and final chapter of the masechet details the laws of the arba shomrim, the four different classes of watchmen, whom we meet in so many places throughout the Talmud.

There are many technical details regarding oaths. But the most important lesson – and this is no detail – is the supreme importance of speaking with the utmost care.

[1] In English, it really should be spelled Shevuot; but as the Hebrew spelling of Shavuot and Shevuot is the same, I have taken the liberty of “misspelling” it in English.

[2] Unlike Rosh Hashanah, Yom Kippur, Sukkot, Pesach, and even Purim, there is no separate masechet for the holiday of Shavuot. There would not be enough material for even one chapter, as there are no special laws for Shavuot. In any event, Shavuot is viewed as the “last day(s)” of Pesach, as the purpose of the Exodus was “to worship G-d on that mountain”. Thus, the Shulchan Aruch, which has separate sections of even one or two laws, subsumes the laws of Shavuot as part of the laws of Pesach.

[3] As every masechet begins on daf beit, technically, there are 48 pages, with the masechet ending at page 49.