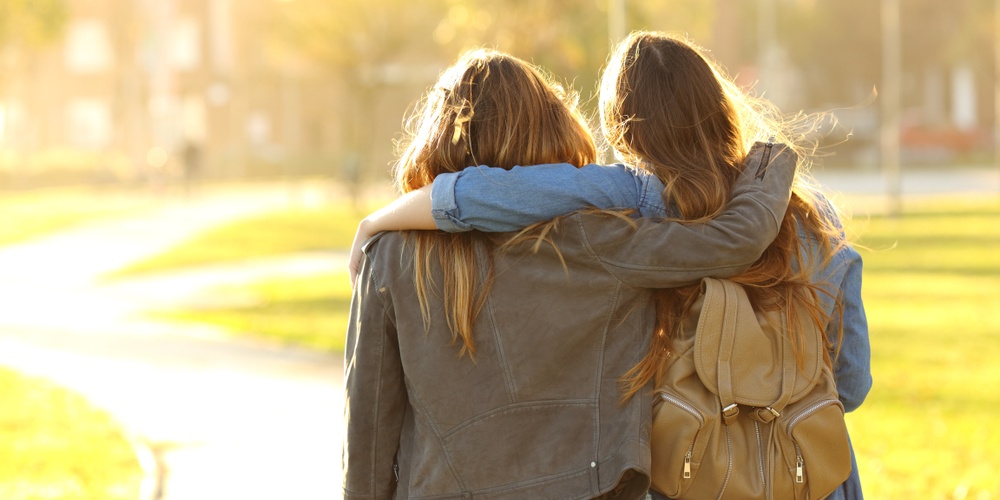 “Do not follow the ways of Egypt, where you once lived” (Vayikra 18:2). The Jewish people's formative years were those spent in the land of Egypt, something for which we are to be eternally grateful. “Do not despise the Egyptian, since you were an immigrant in his land” (Devarim 23:8). Unlike the nations of Amon and Moav, whose [male] progeny are forever barred from joining the Jewish faith, the “children of the third generation [of Egyptians] may enter G-d's congregation” (Devarim 23:9). While there was suffering and bitterness in Egypt, there was much to be thankful for.

As the Jewish people prepared to leave Egypt, the Torah commands that the “each man shall ask from his friend, re'eihu, and each woman from her friend, re'eiuta, gold and silver articles” (Shemot 11:2). The fact that such gifts could be asked for—and actually received—bespeaks a remarkable level of friendship between Egyptian and Jew. This was no typical slave-master relationship. The use of the word re'eihu is striking, as it connotes great friendship. The central verse of the Bible uses the same expression: “You shall love your neighbour, re’acha, as yourself” (Vayikra 19:18). Even the distinct gender-specific command to both men and women hints that the Egyptian and Jewish men and women fraternized with each other, perhaps forming the first “sisterhoods” and “brotherhoods”. And the Egyptians even looked up to the leader of the Jewish people: “Moshe was also very highly respected in Egypt” (Shemot 11:3).

The recurring refrain of the Jewish people longing to return to Egypt makes sense only if life was relatively pleasant in the land they left. “We fondly remember the fish that we could eat in Egypt at no cost, along with the cucumbers, melons, leeks, onions and garlic” (Bamidbar 11:3). Undoubtedly, there were a degree of anti-Jewish sentiment, and the government was afraid of a mass exodus; they were willing to fight to the end to try and prevent that eventuality. But for many—apparently most—Jews, life in Egypt was comfortable. How else to explain the Midrash that only one in five Jews were willing to leave Egypt?

The Exodus was necessary, not to rescue us from physical harm—the Ramban notes that the decree to murder Jewish males was a short-lived one, ceasing soon after the birth of Moshe—but for our spiritual well-being. In the phraseology of the Rabbis, we needed to leave in order to ensure that we would not sink to the 50th and lowest level of impurity. It would take 50 days from the day they left to slowly climb up the ladder of purity, reaching the pinnacle for the Divine revelation at Sinai.

We are commanded to remember the Exodus, morning and evening, every day of the year, with a command to actually relive the Exodus on the seder night. Clearly our way of life is directly linked to our sojourn in Egypt. We really do have much to be thankful for vis-à-vis Egypt.

Egypt provided more than a safe haven from hunger. It is where we developed our sensitivity as a nation, imbuing us with care and concern for the widow, the orphan and the stranger. Over and over again, the Torah commands us to treat others with dignity; and over and over again, that command is rooted in our sojourn in Egypt.

While Egypt was significant in forming our national identity, it was crucial that we not adopt the Egyptian way of life. Apparently, theirs were lives steeped in sexual promiscuity. Immediately after exhorting us not to follow in their ways, the Torah lists a series of sexual prohibitions. The Haggadah notes that one of the ways the Egyptians persecuted us was through “the separation of husband and wife”.

Another attribute of Egyptian culture can be inferred from the Torah's admonition, “You must have honest scales, honest weights, and honest dry measures, and an honest liquid measure; I am G-d your Lord, Who took you out of Egypt” (Vayikra 19:36). As Rashi succinctly notes, “for this purpose”; i.e., G-d took us out of Egypt so that we could conduct our businesses with the utmost integrity, something that was apparently difficult to do within the Egyptian business milieu. And needless to say, the Egyptian treatment of foreigners was not one we could adopt.

While Egypt nurtured us, it could not sustain us. Mitzraim is phonetically related to the Hebrew word tzar, narrow. While there may have been a great physical expanse, their spiritual sights were confining. We would need to distance ourselves from the cultural mores of Egypt, so much so that once we left, we were never to return to Egypt. “For as you have seen Egypt today, you shall not see them ever again” (Shemot 14:13).

Our sights were to be focused on developing morally, ethically and spiritually, something that required the founding of a new nation in the Land of Israel.