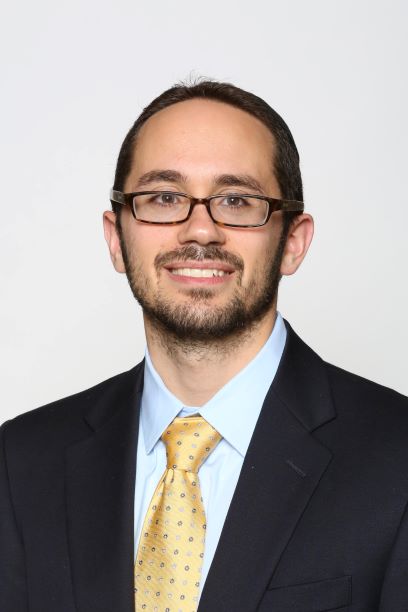 Rabbi Noah Cheses serves as the Rabbi of the Young Israel of Sharon. He grew up in Boston where he attended Maimonides School and he received his rabbinic ordination from Yeshiva University (RIETS) and earned his Master’s in Theology from Yale University. During his studies he was a Norman Lamm Fellow in Jewish Thought and a Wexner Graduate Fellow.

Rabbi Cheses comes to the Young Israel of Sharon after spending two years as the Assistant Rabbi of Shaarei Shomayim Congregation in mid-town Toronto and three years as the OU-JLIC Orthodox Rabbi at Yale University. His vision of Jewish community is one in which every member has a strong sense of belonging to something larger than themselves. He hopes to advance the values of Modern Orthodoxy, Religious Zionism and Mussar by inspiring people through powerful and relevant Torah. He aspires to see past religious, political and social labels and to engage all Jews and non-Jews for who they actually are.

In high school, Rabbi Cheses was on the Grounds Crew at Fenway Park where he spent his summers mowing the field for the Boston Red Sox. He is an avid runner who has completed the Boston, Miami, and Jerusalem marathons.

He is married to Sarah Cheses, who has a Master’s in Public Health from Columbia University and is trained as a Yoetzet Halacha. They have been blessed with four wonderful children: Adina, Natan, Orly, and Ezra.