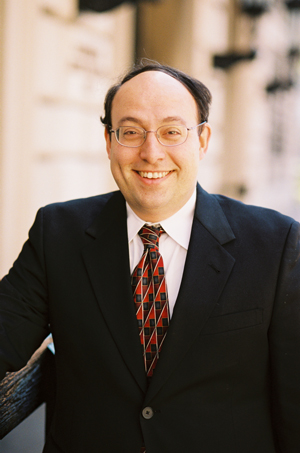 Rabbi Nathaniel Helfgot is rabbi of Congregation Netivot Shalom in Teaneck, NJ and serves as Chair of the Department of Torah Shebaal Peh at SAR High School in NYC. He is coordinator of the annual community Yemei Iyun on Bible and Jewish Thought sponsored by Yeshivat Chovevei Torah Rabbinical School and has taught in various adult education settings throughout North
America, the UK and Israel.

R. Helfgot is a graduate of Yeshiva College with honors and was subsequently ordained by RIETS after studying for a number of years in its Kollel program. He also received a Masters in Jewish Education from the Azrieli Graduate School of Education and completed graduate work in Bible at the Bernard Revel Graduate School.

R. Helfgot studied for many years in Israel with Rabbi Aharon Lichtenstein zt”l at Yeshivat Har Etzion and the Gruss Institute, becoming a close disciple, and has been involved in editing some of his Hebrew essays for publication.

He has published widely in English and Hebrew in areas of Bible, Jewish law and Ethics, Jewish Philosophy and contemporary events. He is the author of Divrei Berakah U-Moed, (2003) a collection of Hebrew novellae on halakhic topics as well as the editor of Community, Covenant and Commitment :Selected Letters and Communications of Rabbi Joseph B. Soloveitchik (2005) and The YCT Companion to the Book of Samuel (2006) and Mikra and Meaning: Essays in Bible and Its Interpretation (2012) .

Sep 12, 2021
e-TiM: Sefer Yonah: The Education of the Reluctant Prophet

Sep 7, 2021
e-TiM: Sefer Yonah: The Education of the Reluctant Prophet

Aug 22, 2021
e-TiM: Sefer Yonah: The Education of the Reluctant Prophet

Aug 15, 2021
e-TiM: Sefer Yonah: The Education of the Reluctant Prophet