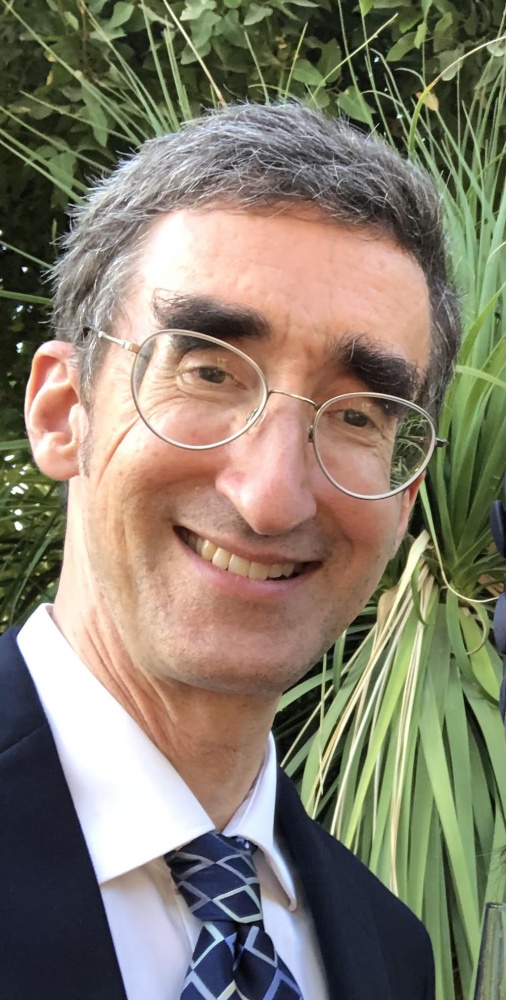 Since 1997, Rabbi Joel Finkelstein has served as the rabbi of the Anshei Sphard-Beth El Emeth Synagogue in Memphis, Tennessee. Prior to assuming this post, Rabbi Finkelstein was the assistant rabbi of the historic Spanish and Portuguese Synagogue in New York City, the oldest congregation in America, founded in 1654. A respected leader in community outreach, education, and youth programming both here and in Israel, Rabbi Finkelstein also served as principal of the Polonies Talmud Torah School in NY, served as rabbi of the Young Israel of Lawrenceville, NJ, taught Judaic Studies at S/A/R Academy in Riverdale, NY and at Stern College for Women, and did outreach work in St. Louis.

Rabbi Finkelstein earned an B.A. in psychology from Yeshiva College and received his rabbinic ordination from the Rabbi Isaac Elchanan Theological Seminary in 1989, where he studied with Rabbi Joseph B. Soloveitchik. He completed his coursework toward a PhD in medieval Jewish history at Yeshiva University's Bernard Revel Graduate School, where he wrote his Master's degree thesis on the Medieval talmudist, Rashbam.

Rabbi Finkelstein is known as a master story teller on stage, whether at stories for children or on Purim. He is often asked by local schools and early childhood programs to tell one of his famous stories.

"I love getting to know and helping people," said Rabbi Finkelstein. "I maintain many chavrutot each week with both adults and children of all ages. At the same time, I always remember that my first obligation is to my own children and to be sure to spend time studying with them as well."

Rabbi Finkelstein is a great innovator. He founded the Akiva Institute, a morning replete with breakfast, children's programs, refreshements and a variety of workshops on a varied array of topics, including meditation, women's dancing, learned halachic discussions led by educators and lay people in the community, and more. He created the "Boutique Shabbat" when he omits the traditional sermon, and congregants instead can attend one of four to eight workshops led by rabbis and lay people after services. He has also led numerous bnei mitzvah to create original plays, booklets, videos and presentations in Israel. He developed "Speak Hebrew Memphis!" a program to encourage the spoken word of Hebrew in his city. Rabbi Finkelstein has also served as a hospital chaplain since 2019.

The rabbi's "Ten Minutes for Torah," a webcast and audio cast found on YouTube and YUtorah, in which he speaks each week about the parasha or upcoming holiday, has received thousands of hits.

His wife, Bluma Zuckerbrot-Finkelstein, is an expert in Middle Eastern Affairs. She currently works at the Memphis Jewish Federation. She also conducts a monthly Rosh Hodesh group for women and speaks on many topics. Together, they are the proud parents of Asher and Avigayil, Tani, Akiva, and Rakhel.