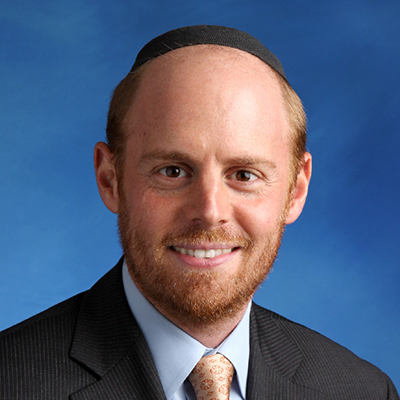 Rabbi Seth Grauer has been the Rosh Yeshiva and Head of School since 2013 at the Bnei Akiva Schools of Toronto. He also serves as the Honorary President of Mizrachi Canada. Rabbi Grauer previously served as the Assistant Principal at Yeshiva University High School for Girls (“Central”) in New York and was a leading educator for nine years at Ramaz Upper School in Manhattan. Rabbi Grauer worked with teenagers at various summer camps for eight years, and served for five years as the Associate Rabbi at the Fifth Avenue Synagogue in Manhattan. Rabbi Grauer studied at Yeshivat Har Etzion in Israel for two years, served as their Director of Alumni Affairs for nearly five years, is a member of their Board of Directors and is the current Chair of their Rabbinic Committee. He was honoured as their Alumnus of the Year in 2010. Rabbi Grauer received his B.A. in History (honours) from Yeshiva University, his semicha from Rabbi Isaac Elchanan Theological Seminary (RIETS) of Yeshiva University, and his doctorate in Education from the Azrieli Graduate School of Jewish Education and Administration at Yeshiva University. He also earned a J.D. from Fordham Law School and served as editor of the Environmental Law Journal. Rabbi Grauer was a Rabbinic Court Intern at the Beth Din of America and a Legal Intern at the New York State Supreme Court and the New York State Office of the Attorney General. Rabbi Grauer lives in Toronto with his wife, Leba, and their four children, Yonina, Yosef, Gila and JJ.