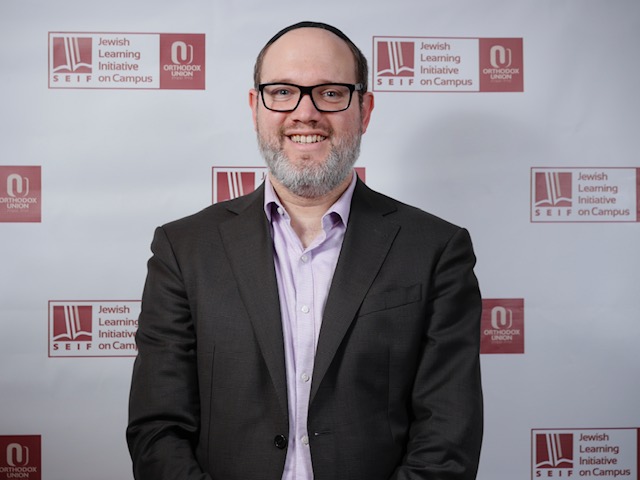 Rabbi Aaron Greenberg was born and raised in Toronto, Canada. Upon completion of his degree in Psychology and Religious Studies from York University, Aaron returned to Israel to study at Yeshivat Har Etzion in the Gush. Upon returning to Canada, Aaron returned to his high school alma mater for 10 years, teaching, writing curriculum for a wide variety of courses both at Or Chaim and at Ulpana.

Rabbi Greenberg received his rabbinic ordination in 2002, completed his Master's degree in Jewish School Administration and Education from Yeshiva University's Azrieli School of Education in 2003 and is also trained in CBT. Aaron now serves as its Canadian director and oversees its recent expansion. OU/JLIC partners with the local Hillel and sends rabbinic couples to engage and inspire Jewish students. Both Aaron and Miriam, who also works part time for OU/JLIC, strive to become catalysts for a plethora of young men and women across our city. They also teach and guide many young men and women before and after their marriage. Since September of 2008 Aaron has also been teaching in the Department of Jewish Thought at Tannenbaum CHAT Kimel campus.